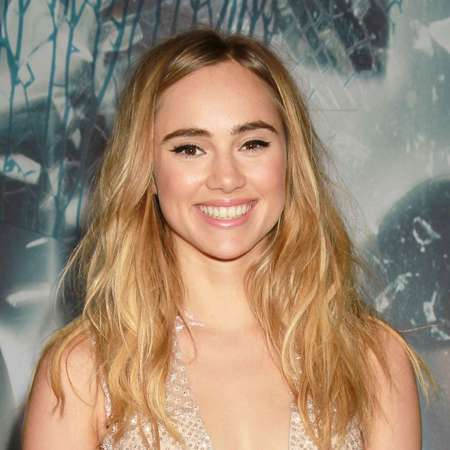 Alice Suki Waterhouse is a model and actress of English nationality who has been known best for appearing on Material Girl, Pusher and The Divergent Series. She has also been known for her modeling endeavors. She was born on 1992 to father Norman Waterhouse and a nurse mother. Her bio and career details as well as her pictures are widely searched by people around the world.

Born in Hammersmith, London, England, Suki was raised in Chiswick, London and started her modeling career at the age of 16. She started her career after being discovered and moved on to do a lingerie modeling shoot for Marks and Spencer at the age of 19. She has since been associated as a model with Alice+ Olivia, Coas and was featured in Vogue Magazine on February 2013. She is also known as the face of Burberry and has modeled for Swatch, Lucy in Disguise, Pepe Jeans, Caterina Gatta and magazines like Tatler, Elle, L’Officiel, Luckym Love Magazine etc.

Apart from modeling, Suki has also established herself as an actress. She appeared in an acting role in the TV series Material Girl. Her acting skills made her act in Rachael, Love, Rosie, and Pusher and most notably as Marlene in The Divergent Series: Insurgent. She has also been cast as Arlen in the upcoming film The Bad Batch. Her skills are not limited to modeling and acting as Suki is also a renowned photographer. Her photography has been displayed in the Eb and Flow gallery in London. She has also been known to have appeared nude in the London Fashion Week on 2014.

Suki has been popular amongst her fans not only for her versatile skills in the field of modeling, acting and photography but also for the details regarding her personal life. She was previously in a relationship with Miles Kane. They started dating on 2012 and split a year later. She was then in a relationship with actor Bradley Cooper which too was discussed widely by the tabloids on the internet. They were together from 2013 to 2015. Diego Luna was in an affair with her next on 2015 but they stayed together only for a few months. After her split with Diego, James Marsden as well as Nat Wolff have both been rumored to be her boyfriend. Suki has never been married and thus has no spouse yet. She also does not have any children yet.

Suki has an estimated net worth of a whopping 10 million dollars which can be attributed to her versatile skills in the field of modeling, acting and photography. She has been known to have a yearly salary of 1 million dollars. She has an incredible height of 5 feet and 9 inches and a sexy body which appeals to her fans.