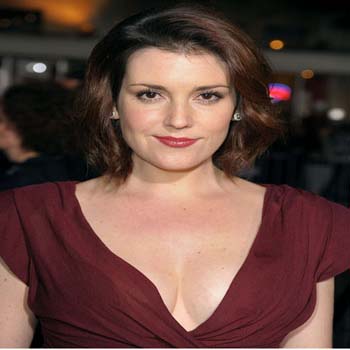 Melanie Jayne Lynskey was born on 16 May 1977 in New Plymouth, New Zealand. There is no proper information relating to her childhood life. She attended New Plymouth Girls' High School, graduating in 1996. She then studied theatre and English literature at Victoria University of Wellington.

At 16 years of age, Melanie Lynskey captivated audiences with her explosive debut in Peter Jackson's Academy Award-nominated Heavenly Creatures (1994), scooping a Best Actress prize at the New Zealand Film and TV Awards for her portrayal of an outcast teen whose relationship with her best friend (Kate Winslet) spirals dangerously out of control.

Following a three-year hiatus spent studying theatre at university and re-locating from New Zealand to Los Angeles, Lynskey made a welcome return to the silver screen when she was cast opposite Drew Barrymore in Ever After: A Cinderella Story (1998). Parts in Detroit Rock City (1999), But I'm a Cheerleader (1999), Coyote Ugly (2000), Snakeskin (2001), Abandon (2002), Sweet Home Alabama (2002), Shattered Gla s s (2003) and Clint Eastwood's acclaimed Flags of Our Fathers (2006) came next.

In recent years, Lynskey has worked her scene-stealing magic in a variety of projects, such as Steven Soderbergh's The Informant! (2009), Sam Mendes's Away We Go (2009), Jason Reitman's Best Picture Oscar nominee, Up in the Air (2009), Thomas McCarthy's critically lauded Win Win (2011) and The Perks of Being a Wallflower (2012). Prolific supporting roles - opposite the likes of George Clooney, Edward Norton and Matt Damon - aside, central parts in Hello I Must Be Going (2012), Putzel (2012), Teddy Bears (2013), Happy Christmas (2014), Goodbye to All That (2014) and We'll Never Have Paris (2014) have proved that she is also a capable and charismatic leading lady.

In addition to an impressive body of film work, Lynskey has appeared regularly on the small screen since her television debut in Stephen King's Rose Red (2002), which was followed by roles in Drive (2007) and Comanche Moon (2008), as well as guest stints on The Shield (2002), The L Word (2004) and House M.D. (2004). However, she's probably best known to TV audiences for her frequent appearances as Rose - Charlie Sheen's delightfully deranged stalker - on the Emmy Award-winning Two and a Half Men (2003)

In 2001, Lynskey met American actor Jimmi Simpson during the filming of Rose Red, in which they both appeared. They became engaged in 2005 and married on 14 April 2007, in a chapel on Lake Hayes, near Queenstown, New Zealand. Also in attendance was her close friend Emily Deschanel, who was one of her bridesmaids. Lynskey filed for divorce from Simpson on 25 September 2012, citing clashing differences. They haven’t separated yet, officially.

She is 5 feet 7 inches tall and weighs about 55 kg, according to a recent survey in 2014. She is currently 36 years of age. She is a New Zealand born American actress whose ethnicity mightbe Slavic (Russian, Polish or Czech). 36-year-old Melanie Lynskey has taken the No. 1 spot on People with Money’s top 10 highest-paid actresses for 2014 with an estimated $46 million in combined earnings.