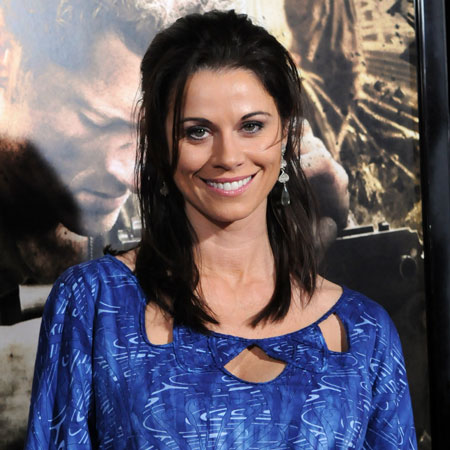 Taylor was born on 19th April 1972 in  Hoboken, New Jersey, United States. She is an American by nationality and doesn't belong to any particular ethnicity.

Born in Hoboken, New Jersey, she grew up in Coral Springs, Florida. She attended Coral Springs High School and graduated from high school in 1990. She holds a BA degree in social science.

She continued her film career appearing in various films. She has played in numerous movies including Wild Things, The Waterboy, Rumor Has It, 100,000 Zombies, Ashley, Like a Country Song and A Date to Die For.

In addition to her film career, she has also shown her active participation in various television series. She has appeared in various series like Miami Sands, Maximum Bob, Pacific Blue, Diagnosis: Murder, Two and a Half Men, Las Vegas and Charmed.

Taylor was the first runner-up in the Miss Florida USA pageants in the year 1995 and 1996.

Jennifer Taylor's Net Worth and Salary

Taylor is a well-paid actor in the industry and has maintained a healthy net worth of around $2 million.

Jenifer Bini Taylor, age 44, has gained a lot of popularity and a great fan following from her performances. She is an avid animal lover. She has adopted three dogs.

Taylor is married and has two children. She is married to Paul Taylor, a songwriter. She met him during her peak career years and had an affair for several years.

She married Paul in early 1997. This happily married couple has two children, as a son named Jake Taylor and a daughter named Samantha Taylor. She currently resides in Los Angeles with her husband and children. In an interview, she has stated that she grows much of her family food in her garden.