Born in a family background of actors, Alex Pettyfer, a British actor & model caught media recognition through the 2006 film Stormbreaker- thanks to his role as Alex Rider that got saw him nominations for Young Artist Award and an Empire Award. Professional since 2005, Pettyfer notably worked in acclaimed films such as I Am Number Four, Magic Mike, The Butler, and Elvis & Nixon.

With a bunch of failed relationships in the past, the England-born actor enjoys a blissful married with his actress wife Toni Garrn.

Who Are Alex Pettyfer Parents? Age and Height?

Alexander Richard Pettyfer was born on April 10, 1990, in Stevenage, Hertfordshire, England, the UK, and grew up in Esher & then in Windsor, Berkshire. His father Richard Pettyfer is an actor while his mother Lee Robinson is an actress & interior designer. Reportedly, his parents met while performing at London's West End in West Side Story, Cats, and Miss Saigon.

After Alex's parents divorced, his mother Lee married Michael J. Ireland, a retired builder, from whom he has a half-brother James Ireland; the latter is a tennis player & a regional coach.

By the age of 7, Pettyfer began modeling for GAP and appeared in several commercials. Moreover, with the family influence in the acting industry, Alex saw deep roots of interest in acting.

In his early days, the British actor enrolled in many schools throughout England; juniors schools The Mall School & in Lambrook Haileybury, before attending Millfield School and Shiplake College. While at school, Alex performed in a number of plays including Charlie and the Chocolate Factory, Jack and the Beanstalk, and an adaptation of The Adventures of Robin Hood.

To hone his acting skills, Pettyfer left college and went to Sylvia Young Theatre School in London. Moreover, he is a 2004 graduate of AADA (American Academy of Dramatic Arts).

At the age of 15, Alex Pettyfer made his on-screen debut as the title cast in the TV film Tom Brown's Schooldays (2005). Then, in 2006, the British actor grabbed a career breakthrough with the portrayal of Alex Rider in the action-spy film Stormbreaker starring Sarah Bolger, Robbie Coltrane, Stephen Fry, and Damian Lewis.

Reportedly, Pettyfer was among the 500 who audition for the role of Alex Rider, which would later saw him a nomination for the Young Artist Award and an Empire Award. 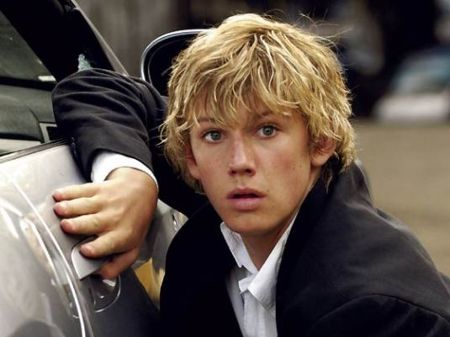 Following works in the films Wild Child (2008) co-starring Emma Roberts and in Tormented (2009), he was cast in the commercially successful sci-fi action I Am Number Four (2011). The film starring Timothy Olyphant, Teresa Palmer & Dianna Agron, collected $150 million in the box-office.

Moreover, in 2011, he made movie appearances in In Time and Beastly.

Worked In Critically Acclaimed Films 'Magic Mike' and 'The Butler'

In 2012, the British actor played Adam in the critically acclaimed as well as commercially hit film Magic Mike, sharing the screen with Channing Tatum and Matthew McConaughey. A year later, in 2013, Alex landed the role of Thomas Westfall in the historical drama The Butler; aside from positive critics, the movie was a commercial success too.

Another critically acclaimed film appearance of Pettyfer was in the comedy-drama Elvis & Nixon, alongside Michael Shannon & Kevin Spacey. 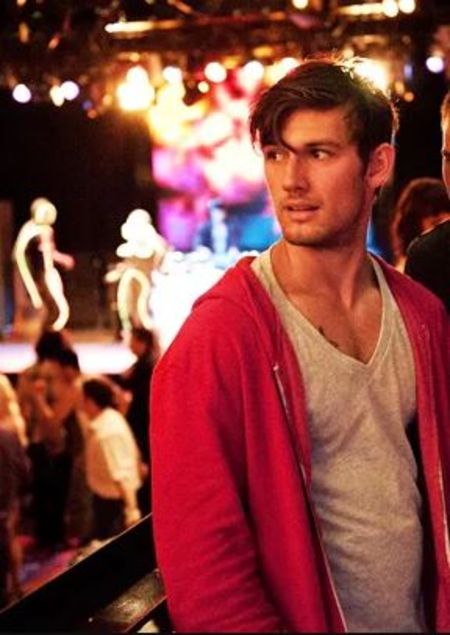 As per IMDB, Alex Pettyfer is quite occupied with his on-screen ventures. While his films Warning and Collection are completed without any release date confirmed, some of his projects under pre-production include The Chelsea Cowboy, James and Lucia, and Forget to Remember.

It is announced that he would play Robert in the film Hunters in the Dark.

How Much Is Alex Pettyfer's Net Worth?

According to Celebrity Net Worth, Pettyfer has a net worth of $3.5 million as of March 2021. The primary source of Alex's income is his acting career that spans over 15 years & records 22 acting credits. Reportedly, he pocketed the salary of $250,000 from the film I am Number Four (2011).

Although the British actor has not opened up about his further payroll from other ventures, he possibly gathered in the 6-digit figure check from his on-screen works.

Some of his commercially successful films & their box-office collection:

Moreover, Alex's upcoming projects are likely to hike his fortune even more in the coming days.

Is Happily Married- Who Is Alex Pettyfer's Wife?

Alex Pettyfer is happily married and lives with his wife Toni Garrn, a German fashion model & actress. They met in late 2018, and after dating for nearly a year, the duo announced their engagement on December 24, 2019, via Instagram.

On October 2, 2020, Alex and Toni married in Hamburg, Germany, and went Instagram official about the news. 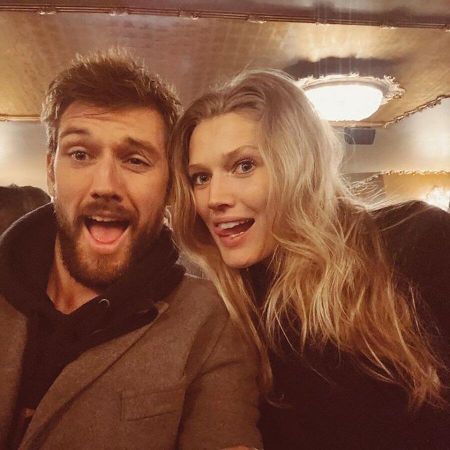 They announced their pregnancy on March 5, 2021.

Often Pettyfer shares adorable posts with his wife Toni Garrn on his Instagram (@alexpettyfer) with over 1 million followers.

Prior to Toni Garrn, he was in a relationship with model Marloes Horst and was briefly engaged in 2017. Moreover, in 2012, Alex was engaged to actress Riley Keough, the daughter of Lisa Marie Presley and granddaughter of Elvis Presley and Priscilla Presley. They broke up in 2013.

From 2010 to 2011, Pettyfer dated actress Dianna Agron whom he met on the set of the film I Am Number Four.