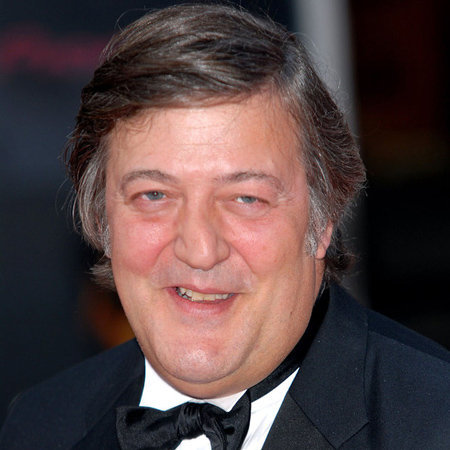 Stephen Fry is an author, actor/ comedian and also a social activist. He was born in Hampstead, England as the second out of three children to mother Marianne Eve Fry and father Alan John Fry, who was an inventor with physics his major. His grandparents from mother’s side were European Jews who were murdered in a concentration camp. His mother as a child was rescued by her relatives and sent to England. Born in Hampstead, Stephen was raised in Reepham town of Norfolk, with his siblings. He doesn’t have any religious backgrounds and doesn’t follow any. He is a British by nationality and belongs to a white ethnicity.

As a child, he studied at the local school in a place called Cawson, inside Norfolk. He was a very bad child and was sent to jail in a young age after he was found tampering with a credit card. He spent three months in jail and was also expelled from three schools. His first school was Stouts Hill Preparatory School in Uley and then later studied at Uppingham School, in Rutland. After getting expelled from there at an age of 15, he was sent to jail for 3 months. During that time, his mother collected the crossword puzzles in The Times, which Stephen later said helped him during the torment. After some time, he joined City College in Norwich, and prepared well for the entrance exam of Cambridge. His marks got him a place at the Queens' College, Cambridge. He graduated from there with a degree in English literature with a upper second-class honors. After that, he started his comedy life by joining his friend Footlights Clubs.

Starting out as a writer and comedian, he later appeared into films starting in 1985 with a role in The Good Father. Then in 1992 he played in Peter's Friends, as Oscar Wilde in Wilde and some others and also received awards and nominations. He also came out as a director with his first film in 2003 named Discovery of Heaven. He has also played in V for Vandetta, The Life and Death of Peter Sellers, A Cock and Bull Story, Valkyrie, film Sherlock Holmes: A Game of Shadows, Harry Potter and also in the Hobbit Series, besides others.  He was also a successful radio presenter and first worked in 1986 at BBC’s Radio 4 program named Loose Ends. Then he hosted Delve Special, in the same channel. His fame and popularity grew much from radio and he hosted any different shows and also interviewed some famous faces.

He is believed to have good terms with Prince Charles and also went to his weddings. He is also good friends with actors John Mills and Rowan Atkinson. He is a tall and handsome man,and his height is over 6 feet tall. He is a bisexual from his teenage days but says he didn’t involve in any sexual activity. He got married to his partner Elliott Spencer in the January of 2015, and hence isn’t divorced.