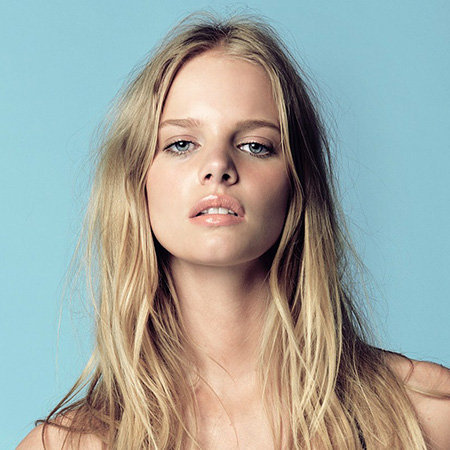 Twenty-seven years old Dutch beauty Marloes Horst is a runway and swimsuit model. She has been featured on the cover of several famous fashion magazines like Italian D, Italian Grazia, Velvet, French Elle, Australian Vogue, etc. She is one of the successful models of her time. Born on March 8, 1989, in Akkrum, Netherlands, she belongs to white ethnicity and has a Dutch nationality.

Marloes Horst has an older brother and before moving to New York, she used to live with her parents and brother. She can speak German, Spanish, French and English other than Dutch which is her mother tongue.

There is no any information about her early life or education. Her career started after she and her best friend sent their pictures to agencies when they both were at the age of 16. Marloes says it was her best friend who wanted to be a model and she did not want to do it alone; therefore, they both sent the pictures where Marloes got the reply but her best friend did not.

After  Marloes Horst signed for IMG Paris in 2007, there was no looking back for Marloes. She got a number of major contracts from Valentino and becoming the face of Calvin Klien swimwear. She has modeled for several brands and is also getting many. She is working hard to maintain her fame and name in modeling arena.

Marloes Horst is currently single. She has never been married. She has dated Magic Mike and Alex Pettyfer. She was in a relationship with Alex since 2014 and their relationship has ended earlier this year in 2016. Other than this information, there has been no information available on her past affair and boyfriend if any.

Marloes Horst has not been in any controversy yet but there is a rumor that she is in a secret relationship. The news is not confirmed yet.

Marloes Horst has been associated with Calvin Klein underwear, Diesel’s Fuel for Life fragrance, H&M, Prada Victoria’s Secret Pink, etc. She joined Maybelline family in 2014 as the spokesperson. She has signed with different fashion labels and flaunted on the ramp. She is the face of Marie-Claire.

Marloes Horst is a seriously sexy, cool and down to earth person. She has an amazing height of 5 feet and 9 inches with the body measurements 32 24 35 inches. She has a sky like blue eyes and beautiful blonde hair. She is an active model. She is associated with several brands; therefore, her salary is also very satisfactory and has the net worth of 5 million Euros.

Marloes often uploads her pictures in Instagram with her perfectly sexy bikini body. She claims herself as Instagrammer. She claims she spends most of her free time in Instagram. She has more than 100k followers on Instagram. She is also a regular user of Twitter. Her fans can follow her on her Instagram and twitter accounts to learn more about her latest updates.