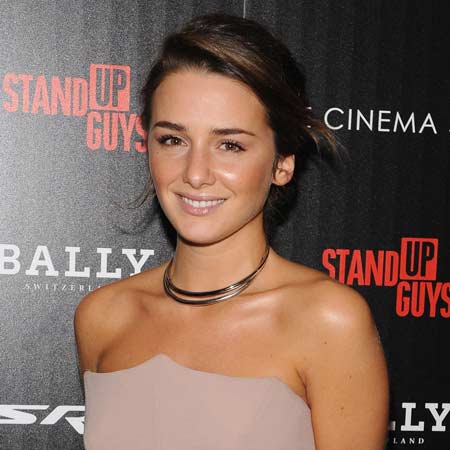 American actress Addison Timlin is well recognized for her role, Jami Lerner in 2014 American slasher film, The Town That Dreaded Sundown, and Colleen Lunsford in 2016 American dark comedy film, Little Sister. She has also appeared in several music videos which include, Sleeping Lessons. As of 2018, Timlin is playing the lead role, Mara Chandler, in an American web television series, StartUp.

Timlin was born to Jayne Timlin and R.J. Timlin. She has two elder sisters and a brother. Timlin went to Professional Performing Arts School.

Addison Timlin started her acting career by touring with the 2000-01 national production of Annie, a famous play. She then did several minor roles in short movies and theaters.

Timlin debuted in the big screen in the 2005 American crime thriller film, Derailed as Amy Schine. The same year, she made her first appearance in an American television series, 3 lbs as Charlotte Hanson.

In 2007, Timlin was featured in the music video, Sleeping Lessons, by Albuquerque, New Mexico based indie-rock band, The Shins. She also appeared in an American rock band We the Kings' song Check Yes Juliet as Juliet.

Timlin then worked in several movies as a supporting role which includes Afterschool (2008), Best Man Down (2012), Odd Thomas (2013). After that, she got her first leading role, Jami Lerner in 2014 American slasher film, The Town That Dreaded Sundown.

As of 2018, Timlin is portraying the main character of Hillary Rodham in When I'm a Moth which is an upcoming American independent drama film starring Anthony Edwards, Scott Michael Foster, and others.

Addison Timlin is active in the entertainment industry since 2005 and has accumulated an impressive amount from her acting career. As per some online sources, she has an estimated net of $400 thousand.

The television actress earns an average salary of $15,000 to $25,000 per episode so we can assume that she earns the similar amount. Some of her successful  box-office movies are listed below,

Addison Timlin is in a relationship with American actor, Jeremy Allen White. The couple is dating for many years and often shares romantic snaps on their social media. Timlin and White also starred together in 2008 American drama film, Afterschool.

Timlin has got almost 30 different tattoos on her body. She first tattooed at the age of 16.

Below, we present the interview of Addison Timlin.