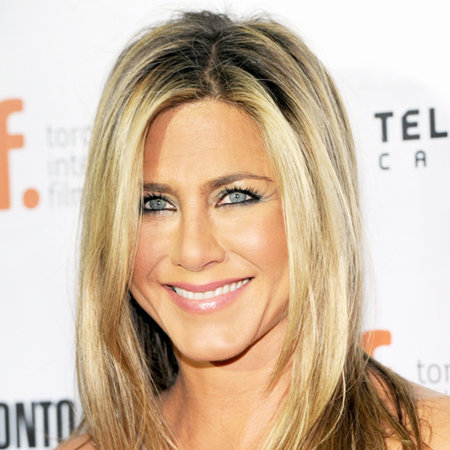 Jennifer Aniston is an American actress, business person, and director/ producer. She came to recognition after portraying Rachel Green on the popular American sitcom, Friends. She has worked in several films and received many awards in her career.

Aniston was born on 11th of February, 1969, in Sherman Oaks, California, U.S. With a mixed parental ancestry of Greek and American, she belongs in a White- American ethnicity and is an American by nationality.

Aniston was born in a family from the acting background. She is the daughter of John Aniston (father) and Nancy Dow(mother). She grew up in California, L.A and has got 3 half-siblings from her father’s side.

Aniston lived in Greece during her childhood days and later moved to Pennsylvania. Born in a religious family, she follows Christianity as her religion.

Jennifer studied at Rudolf Steiner School, from the age of 6. Before that, she was homeschooled as during childhood she moved frequently. When she was 9, her parents separated and she lived with her mother and studied as well as acted in her school.

Aniston went to study acting at the Manhattan's Fiorello H. LaGuardia High School of Music & Art and Performing Arts and graduated from there.

Aniston started to play in off- Broadways where she appeared in small, part-time roles. She also worked as marketing agent and a waitress to support herself before she was an established actress. She landed her first TV role in 1990, in a show named Molloy.

Aniston played the role as Rachel Green in the American sitcom, Friends in 1994. She played the character until the show ended in 2004.

Aniston has starred in the comedy-drama, The Edge and Muddling Through. She made her movie debut appearing in the movie named Leprechaun, which was a horror film.

Her Hit movies include Bruce Almighty, The Break-Up, Marley & Me, Just Go With It, Horrible Bosses and We're the Millers.

Jennifer is a married woman. She has also been involved in a couple of affairs and has dated some boyfriends. With her highly publicized relationship with actor Brad Pitt, the two got married in a June of the year 2000.

But the relationship wouldn’t work as it was supposed to, and the couple divorced 5 years later after Pitt was involved with Angelina Jolie. They didn’t have any children together and she denied that her spouse’s affair with Jolie was not the reason for their divorce.

Before Pitt, Aniston was also involved in a romantic affair with the actor, Tate Donovan. The couple dated in 1995 and ended their relationship in 1998.

Aniston started dating actor, Vince Vaughn in 2005. They stayed in the relationship until December 2006. She was in a relationship with John Mayer, a musician for one year.

Aniston is in a relationship with actor/ singer Justin Theroux. The couple started their relationship in May 2011. They purchased a house in Bel-Air, Los Angeles worth $22 million in January 2012. The couple engaged on August 10, 2012.

The couple tied their knot on August 5, 2015, at their Bel-Air estate. She currently resides in Bel-Air, California with her husband.

A very talented and beautiful person, she has a well-maintained figure and body. The secret of that being her proper diet, healthy eating and sleeping habits and regular workout.

Jennifer's movie, Bruce Almighty earned $484.5 million worldwide. As of 2017, she has an estimated net worth of $200 million. In 2005, she received $60 million from her former husband Bradd Pitt on their divorce settlement. She earned over $25 million in 2016 and became the top ten highest-paid actresses in 2017.