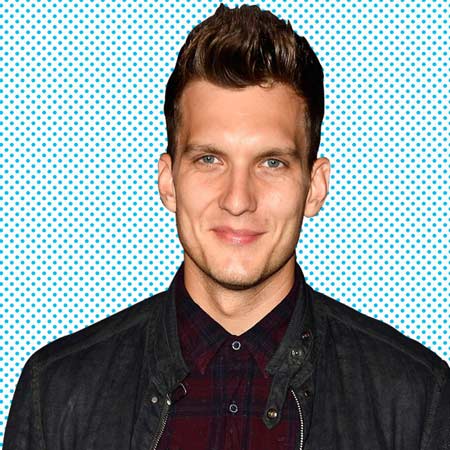 American actor, Scott Michael Foster, is well recognized for his role Captain John Paul ‘’Cappie’’ Jones,  a fun-loving and carefree person in the ABC’s series Greek. He was associated with the series from 2007-2011. Foster is also popular for his roles in Chasing Life. As of 2018, he is working as Nathaniel Plimpton III (a successful lawyer) in the series Crazy Ex-Girlfriend. Foster is also popular for his recurring role on Halt and Catch Fire, Once Upon a Time and Cali fornication.

Scott Michael Foster was born on 4th March 1985  at Central DuPage Hospital in Winfield, Illinois under the birth sign Pisces. Foster is American as per nationality and ethnicity/race wise, he is White. He has two sisters.

When Foster was young, he along with his family moved to Highland Village, Texas where he discovered his interest in acting. He then joined Briarhill Middle School and in 2003, he graduated from Edward S. Marcus High School. When he was in high school, he was involved in theater.

Later, Foster joined Collin County Community College but left after a semester in order to pursue his acting career.

Foster then worked in Ashley’s Ashes, The Pact 2 and Must Feed and Water. His latest movie includes 2016’s comedy film, My Dead Boyfriend. The movie starred Heather Graham, Katherine Moennig, and John Corbett.

Foster made his TV debut in 2007 from an episode of comedy-drama TV series The Game and subsequently worked in Women’s Murder Club.

His breakthrough came in 2007 from ABC’s comedy-drama TV series, Greek. He appeared as Captain John Paul ‘’Cappie’’ Jones who is a fun-loving and carefree person. His acting was highly appreciated by a number of audiences and critics. He was associated with the series from 2007-2010 appearing in 74 episodes. Foster shared the screen with Spencer Grammer, Jake McDorman, and Amber Stevens West among others.

Foster then appeared in a recurring role and small roles in several TV series like Quarterlife, Melissa & Joey, Law & Order: LA, The River, and Californication among others. In 2014, he played a recurring role in ABC’s drama series, Chasing Life. In the series, he played the character of Leo Hendrie who is a son of a popular politician who has cancer. The series starred Italia Ricci, Haley Ramm, Richard Brancatisano and Aisha Dee.

Besides, he is the lead singer of rock band, Siren’s Eye. On 15th December 2009, they released their first EP, Red Room.

Scott Michael Foster has an estimated net worth of $50k as per some online sources, however, the amount is still under review. Foster makes money from his acting career.

Vet was a breeze.

Scott Michael Foster, the talented actor, has won the heart of millions of fans from his performance in the movies and TV series.

As of 2018, Foster is not dating anyone and is focused on his career. Previously, he was linked to his co-star of Greek, Spencer Grammer and later to American actress Laura Prepon.

Some of his hobbies are singing, traveling and listening to music.

Here is the interview video of Scott Michael Foster talking about the series, Crazy Ex-Girlfriend: