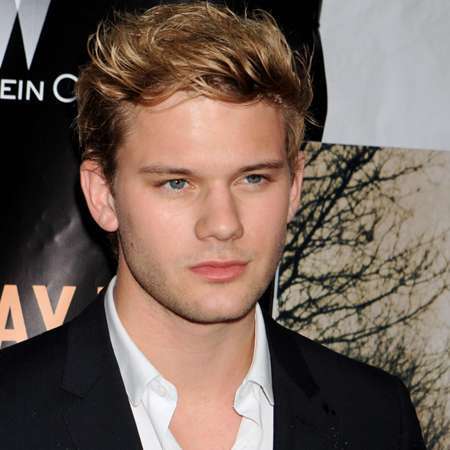 Jeremy was born as Jeremy William Fredric Smith on June 18, 1990, in Gamlingay, the United Kingdom to his mother Bridget who is a politician in local government, and his father, Chris Smith who is an engineer. Irvine spent most of his childhood with his two younger brothers named Lawrence, and Toby Irvine who was a child actor who portrays the young Pip in the prominent movie, Great Expectations. He is of white ethnicity and is of British nationality.

Thanks for all the birthday messages yesterday â˜ºï¸ Here’s me when I used to run a gang with my brother of the meanest motherf*ckers on the street. If you didn’t wear red, you’d be dead It was the 90’s and pre the Me Too movement and I’m ashamed to say we used to call the girls with us “Our B*tches” Sorry girls, I hope you got out and are now going straight. Gang life 4 life

Jeremy applied to the British army when he was 19 years old but could not get in due to his type 1 diabetes. He had already begun acting at the age of 16 years. He attended the Bedford Modern School based in Bedfordshire. He then went on to study at the National Youth Theater. Jeremy additionally studied at the London Academy of Music and Dramatic Art.

In 2011, he earned his movie debut in War Horse as Albert Narracott. Since then he has been seen in many movies like Now is Good, Great Expectations, The railway Man, A Night Old Mexico, The Woman in Black: Angel of Death, The Bad Education Movie, Stonewell, Fallen, The Beautiful Fantastic.

He will soon be seen in Billionaire Boys Club in 2016, He has also appeared in 12 episodes of Life Bites as Luke. Jeremy for his efforts has been nominated for a London Film Critics’ Choice Award and an Empire Award. He is a growing actor and is yet to find success in his field of work.

His net worth is estimated to be a total of $2.5 million which depicts his huge salary coming out of his successful acting career.

Who Is Jeremy Irvine Dating?

Jeremy with his killer looks has attracted many women towards him. He does not have a long dating history as he likes to keep his affair private. He is reluctant to speak about his personal life in front of the media. Jeremy was in a relationship with girlfriend Amy Wren. The couple began dating in 2009. They seemed to be quite happy but then in 2011, they split up.

The next year, there were rumors that Jeremy had begun dating the prominent singer, Ellie Goulding. They appeared among the paparazzi many times that year. The couple was cheered by both their fans. However, in 2013, Ellie and Jeremy had a breakup.

Once there was also rumor that he was in a relationship with Jodi Spencer. However, they didn't come out successfully. Since then, Jeremy is single but is focused on his career rather than finding a spouse. He has not talked about getting married and having children in his recent interviews.