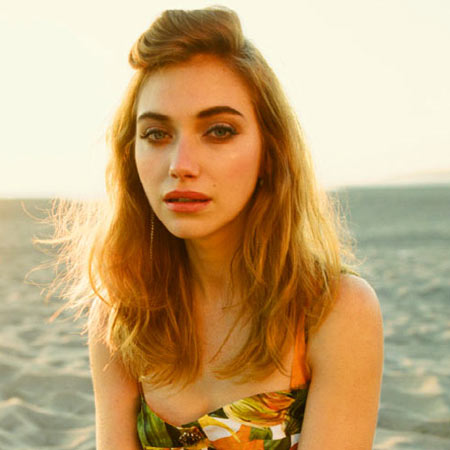 Imogen Poots is an English actress recognized for playing the role of Linda Keith in Jimi: All Is by My Side, Tammy in 28 Weeks Later, Debbie Raymond in The Look of Love and Julia Maddon in Need For Speed.

Imogen Poots was born on 3rd June 1989, in Hammersmith, London, United Kingdom. She was born in Queen Charlotte's and Chelsea Hospital in Hammersmith. Poots was brought up in West London. She lived with her parents Trevor Poots(Television Personality), and Fiona Goodall(Journalist as well as a volunteer) and an older brother named Alex who is now a model.

Poots wanted to be a veterinarian, and so she spent her time at improvisation workshop which was hosted by the YoungBlood Theatre Company at Riverside Studios during her childhood.

She holds British nationality and falls under the white ethnicity group.

Imogen began her career in 2004. She was signed for an episode of Casualty, a television series. Poots wasn't recognized until her performance in the 2006 film V for Vendetta.

After v for Vendetta,  Poots appeared in many movies like Greetings from Tim Buckley, Need for speed, Centurion, The Look of Love and Filth to name a few. Imogen Poots has also acted in TV series like Casualty, Miss Austen Regrets, and Bouquet of Barbed Wire, etc.

How Much Is Imogen Poots Net Worth?

Poots reportedly has a net worth of $2 million. Her successful career in Hollywood has helped her maintain such an impressive net worth at such a young age.

In Relationship With James Norton

Imogen Poots is not married yet. As of 2019, she is in a relationship with James Norton. The lovebird started dating each other just after the break up of James with his two years girlfriend, Jessie Buckley. They met for the first time in 2017 at  Donmar Warehouse and started dating after a few months.

She has had quite a public affair with Anton Yelchin, a Russian actor. The couple reportedly hooked up in 2010 and began dating in 2011. The couple worked together in the film 'Need For Speed'. They broke up after a couple of months.

Poots have also been linked to her co-actor Zac Efron. Besides, he was also rumored to be dating  Penn Badgley from the 'Gossip Girl'.