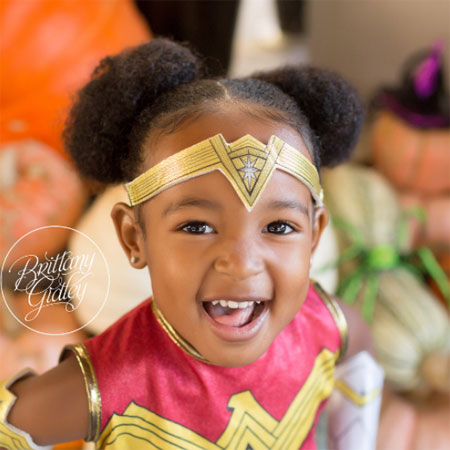 Zhuri James is the daughter of a famous NBA player, LeBron James. Right from his early age, James is grabbing much of the attention from the public which is only because of her father’s stardom. James is living a lavish life than any other normal three-years-old kid.

Zhuri James was born Zhuri Nova James on 22nd October 2014 in Ohio with the birth sign, Libra. James is American as per nationality and as far as her ethnicity is concerned, she is African-American. She is the daughter of LeBron James and Savannah James. She has two siblings- Bryce Maximus and LeBron Jr.

James nowadays is popular from her father’s stardom and her cute videos on the social network. She is the daughter of famous American professional basketball player who is currently playing for the Cleveland Cavaliers of National Basketball Association. LeBron is currently one of the successful players of NBL who won three NBA championships and two Olympic gold medals.

Zhuri James, the cute and youngest child of an NBA Player is currently enjoying her childhood. Her adorable moves, smile, and behavior is way more loving and grabbing massive attention. Zhuri's parents got married on 14th September 2011 in a cozy ceremony. His father LeBron James proposed his girlfriend Savannah Brinson on his 27th birthday in 2011.

The ceremony was attended by numbers of celebrities including Gabrielle Union, Dwayne Wade, Jay Z, Beyonce and Carmelo Anthony.

James parents' dated since their college time and are together with no buzz about their divorce and extramarital affairs.

Her father earns $23 million salary from the team, Cleveland Cavaliers. He also earns $54 million from the endorsement annually. He took $30 million as royalty from different brands in the past years. As per some sources, in 2017, he became one of the second highest paid athletes in the world.

In 2015, he sold his Miami mansion for $4 million and later bought a $23 million mansion in LA. He has a collection of lavishes cars: