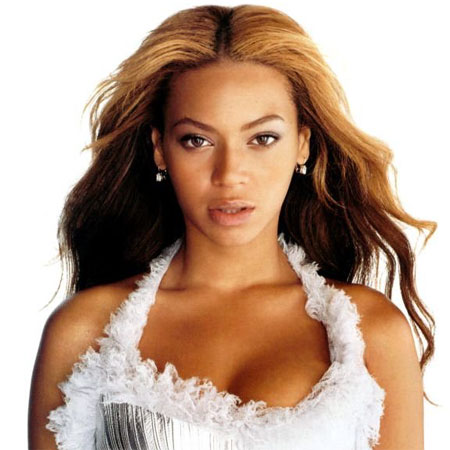 Beyonce Giselle Knowles- Carter aka Beyonce, an American singer-songwriter and actress, is known for her soulful songs. She has released sixth studio albums until now. Knowles is a Grammy-winning artist who has 22 Grammy. She successfully led R&B girl group Destiny's Child along with her friends.

Beyonce Giselle Knowles-Carter better known as just Beyonce Knowles was born on September 4, 1981, in Houston, Texas, U.S.A. She is an American and of African-American ethnic background on her father’s side whereas African French on her mother’s side.

Beyonce went to St. Mary’s Elementary School in Texas. She got in dancing classes there and her singing talent was noticed in the class. She was born to Xerox sales manager Mathew Knowles and Celestine Ann “Tina” Beyonce who is a hairdresser/salon owner.

Her father is of African descent while her mother is a Louisiana Creole with African, French, and Native American ancestry. She has a younger sister named Solange who is an actress and also a recording artist.

At the age of seven, she won a school talent show defeating older kids between 15 and 16 years. She performed ‘Imagine’ by John Lennon in the show.

She got enrolled in Parker Elementary School which is considered to be music magnet school in Houston. Beyonce performed with the school choir there.

She also studies at the High School for the Performing and Visual Arts and later went to Alief Elsik High School as well. She was also in the choir at St. John’s United Methodist Church for two years as a soloist.

Beyonce started as early as eight years old. She was in a girl group named Girl’s Tyme. The group appeared in ‘Star Search’ which was the largest talent show aired on national TV then. Beyonce’s father quit his job as a sales manager and started to manage the group.

The group was first signed by Electra Records after auditioning and they moved to Atlanta Records but were cut by the company at the time when they were working for their debut album.

Grass Roots Entertainment signed the group on October 5, 1995, and the next year under an agreement they started recording their debut album.

Columbia Records signed them shortly after. In 1996, the group changed their name to Destiny Child. In 1998, the group released their self-titled debut album. ‘No, No, No’ from the album was a major hit. In 1999, they released their sophomore album The Writings on the Wall which went multi-platinum.

‘Bills, Bills, Bills’, ‘Jumpin, Jumpin’ and Say My Name became the most successful songs at that time. Due to the management issues, LeToya Luckett and Roberson were replaced by Farrah Franklin and Michelle Williams and media was blaming Beyonce for it.

Such flow of events caused her depression almost for two years. The group was also limited to Beyonce, Kelly Rowland, and Michelle Williams after Franklin was dismissed.

Their third album Survivor was successful earning 663,000 copies sold in the first week. In 2001 after releasing 8 Days of Christmas, Destiny’s Child announced a hiatus to work on their solo career. Beyonce started her solo career in 2002 and her first solo album Dangerously in Love was launched on June 24, 2003.

It sold 11 million copies worldwide and is her best-selling album ever. The singles Crazy in Love, Baby Boy, ‘Me, Myself and I’ and Naughty Girl from the album were highly popular.

Her second solo album B’Day released on September 5, 2006, and it topped the Billboard 200 being yet another number one album for her. Déjà vu and Irreplaceable were popular worldwide.

She released B’Day again with five additional songs including a duet with Shakira called ‘Beautiful Liar’. The duet was a huge success. ‘I Am…. Sasha Fierce’, her third album released in 2008 had outrageously popular songs like Single Ladies, Halo, and Broken-Hearted Girl.

In 2010 she was featured in Lady Gaga’s single “Telephone” which became a massive number one hit.Her fourth album 4 released in 2011 also top on Billboard 200 charts becoming her fourth consecutive number-one album in the US. Run the World, Best Thing I Never Had, Love on Top, Countdown, and End of Time were massive hits.

Her latest album is titled Beyonce itself and was released on December 13, 2013. Other than music, she has also involved in movies including Pink Panther, Epic, Dreamgirls, Cadillac Records, Obsessed etc.

Beyonce is a married woman. She is married to her longtime boyfriend Jay-Z Carter. Her wedding was made public in a video montage at the listening party held for her third studio album. The couple has three children

She is undoubtedly one of the sexiest women of this century. Her sex appeal, her body, her dance moves and her sexy voice are widely praised by her fans as well as the most renowned critics.

Her steaming hot pictures showing her so the very sexy body can be found on the internet quite easily. Her diet also gets discussed much as she has such a beautiful body. She is said to have been sticking a vegan diet and she has lost 57 pounds after her first delivery. She says that dancing is what keeps her fit as she does not have much time to spare for weight loss exercises. She has a huge fan following on twitter as well.

Beyonce's current net worth is $350 million. Her husband Jay-Z has over $800 million net worth. The duo is called a billion dollar couple whose combined net worth is about $1.6 billion. They have a luxurious lifestyle; they own a private jet. Beyonce and Carter currently reside at a lavish house in Beverly Hills worth $135 million.

Beyonce is 1.63 m tall with a body to die for. She weighs 59 kg and her measurements are 34-25-38. She is 326-year-old. She has been honored with numerous honors and awards. Most important to be counted she has won 17 Grammy awards in total.