Here's How Rich LeBron James is! All His Cars, Houses and Income Information! 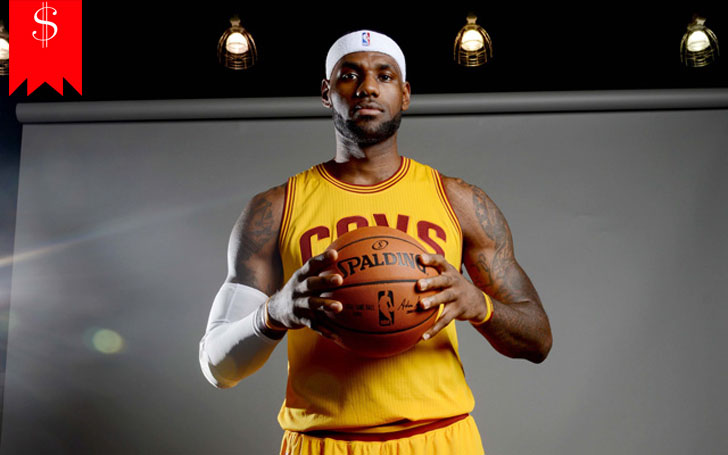 Lebron James is a professional basketball player known for the Cleveland Cavaliers of NBA. Lebron is arguably the most popular player today but in the NBA standards, Lebron James is still a baby.

Lebron has plenty of endorsements which bring him $53 million yearly. He has earned name and fame in the very short period of time. His fans are eager to know about how much does their favorite player earn.

How Much is Lebron James Networth?

The NBA Champion, LeBron James, has a net worth of $340 million. In addition to his contracts and endorsement deals, LeBron James made $23 million in salary from the Cleveland Cavaliers. He roughly earned $54 million from endorsements during 2014 and 2015 season.

That brings LeBron James' total annual income to become roughly $77 million. During his first 10 seasons in the NBA, LeBron James made just over $126 million in salary alone!!

During the same time period, LeBron earned an estimated $326 million from endorsements. When you total it all up, just the given revenues, LeBron has earned slightly over $500 million during his career. That's a lot!!

There's just not enough words I can put together to express the feelings I had when I received this last night! Emotions was running heavy and I'm just so proud of my teammates, their joy and happiness receiving theirs as well! It was a SPECIAL night to say the lease and I'll never forget that moment for the rest of my life. Final thing THANK YOU and you're extremely welcome to our UNBELIEVABLE fans for sharing that moment with us because honestly we did it for yall! #StriveForGreatness #RWTW?? #TheKidFromAkron#TheLand

LeBron earned royalty payments in total $1 million during his years a spokesman.  When the company, Beats by Dre, sold a royalty to Apple for $3 billion, LeBron took home $30 million.

To top that fact, James signed his first Nike endorsement deal when he was just 18! How unbelievably amazing is that?

The deal paid $90 million over seven years, $12.8 million per year. As of now, LeBron earns $20 million yearly from Nike in the form of salary and royalty payments for his signature shoe line.

Lebron James and His Lavish Lifestyle

The 32-year-old NBA basketball player, Lebron James, owns a luxurious Miami Florida house worth $9 million. He has another astonishing Akron, Ohio mansion that costs around $2.1 million. For more on celebrities' Net Worth and gossip, keep visiting Article Bio