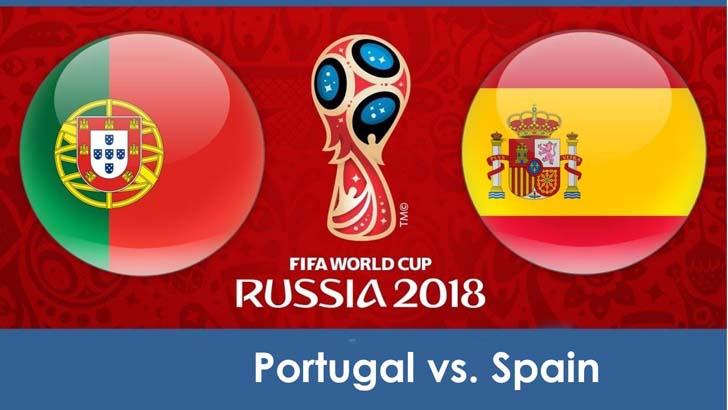 The 2018 World Cup is on the way and games are coming thick and fast, and it’s now time for the first blockbuster clash as Portugal play Spain in Group B.

Spain vs Portugal is one of the most anticipated games of the Group stage which is going to start in few hours.

The 2010 World Cup Champions will be having their debut game against the 2016 Euro Champions.

Spain and Portugal had several matches in the history of football. But, it seems like Portugal has not won for a single time in their match against Spain in the World Cup history.

There is always a question in every game, Which player will show up a better performance in the game.

Portugal has Cristiano Ronaldo who could be named Portugal’s key player winning the Euro 2016 final. Other players; Ricardo Carvalho, Joao Mario, Gelson Martins, and Andre Silva are other players to watch in the upcoming match against Spain.

Spain has Sergio Ramos who can change the game and also other players like David de Gea, Pepe Reina, Sergio Busquets, and Andres Iniesta who are worth watching in the upcoming game.

Who will win today's match? Who will meet the expectations of the viewers?

More to watch and experience in this most exciting clash that is going to start in few moments.