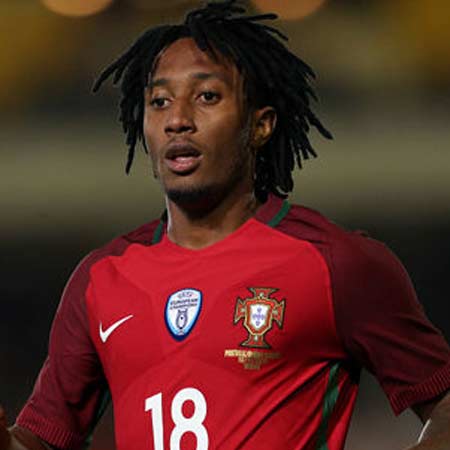 Gelson Martins is a pacy, exciting, and incisive winger who can also play as a right back. The Portuguese professional footballer currently plays as a winger for both Sporting CP and the Portugal national team. He made a name for himself following his mind-blowing performance during the UEFA European U19 Championships and at the 2015 FIFA U-20 World Cup where he scored against Senegal. He played youth soccer since 2008.

Gelson Martins was born Gelson Dany Batalha Martins, in Praia, Cape Verde, on 11 May 1995. He belongs to Cape Verdean and Portuguese nationalities and ethnicity wise; he is from a mixed ethnical background. He is the son of Alcinda Lopes and Carlos Alberto Martins. He also has a brother named Vitor Martins.

After Martins spent his formative years living on the west African coast, he went to mainland Portugal at the tender age of 8 and showed his football talents joining C.F Benfica and Sporting CP.

With Portuguese club Sporting CP B, Gelson Martins signed a contract with a release clause of €45 million (51,843,330.00 US Dollar), in March 2014. The footballer made an immediate impact after his complicated goal during his youth spell against C.F Uniao de Coimbra.

Martins made his professional debut for the club coming as a late substitute for Lewis Enoh in a 1-0 away victory against S.C. Olhanense, on  24 August 2014. He netted his first goal for the senior team on 21 December. He first played in the Primeira Liga on 14 August 2015.

Martins was part of the Portugal squad for the Under-20 World Cup and scored a goal in a group stage against Senegal. But the team was eliminated in the quarter-final by Brazil.

The player made his senior debut for Portugal national football team after replacing Pepe for the last 18-minutes in a 6-0 win over Aveiro. He is also included for 23 man squad for 2018 FIFA World Cup.

Gelson Martins has made a good amount of money from his football career which as per estimation made by various online sources is believed to be $1 million. It is reported that Martins earns $25,647 as his weekly salary.

The player's current market value is recorded at $37.48 million.

Gelson Martins is not married yet but has a child, a son, born in May 2015. The name of the mother of his Son is not revealed yet.

He maintains a low key personal life and does not share much about his affairs and relationship. With the limited information available we can assume that as of 2018, he is single.

Martins is also quite active on social media like Instagram where he mostly posts his son's pictures.