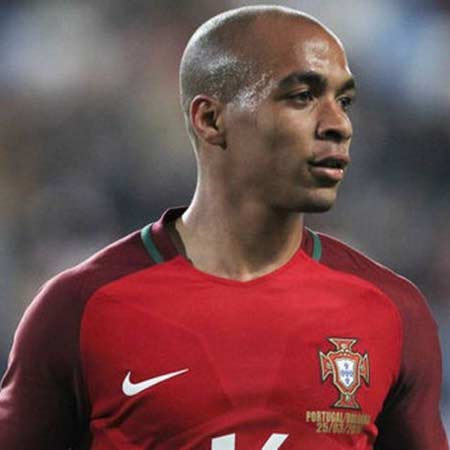 Joao Mario is known for his excellent dribbling skills and accurate pa s ses at the pitch. The footballer plays for Portugal national team and English club West Ham United on a loan from Inter - onale as a midfielder. He spent most of his club years playing for Sporting CP from 2004-2016 and scored 13 goals in over 100 matches for the club. He made his international debut on October 11, 2014, in a friendly match against France.

Joao Mario was born on 19th January 1993, in Porto, Portugal to Lidia Costa and Joao Mario Eduardo. His nationality is Portuguese and regarding his ethnicity, he is of Angolan descent. He enrolled at the Sporting's youth academy.

Mario has an older brother named Wilson Bruno Naval da Costa Eduardo who is also a Portuguese footballer and plays for S.C. Braga as a forward. During his early childhood days, Mario played for the local youth club, FC Porto.

After spending several early years playing for his hometown club, Joao Mario went on to join Sporting CP at the age of 11. He made his senior debut for the club in the 2012-13 season. He scored 13 goals for the club in more than 100 appearances.

After becoming the part of Portugal U16, U17, U18, U19, U20, and U21 national team, Joao Mario made his senior appearance for Portugal national team in a friendly match against France. He got the chance to play in the match after replacing Cristiano Ronaldo for the final 14 minutes which eventually ended in a 1-2 loss.

Mario scored his first international goal for his nation in a victory over  Saudi Arabia, on November 10, 2017. He will appear in the World Cup 2018 in Russia.

Joao Mario acc u mulates a decent amount of money from his career. He made an agreement with Inter - onale for €40 million plus €5 million bonuses. He later joined West Ham United in 2018 on loan fee of a €1.5 million.

Mario also made a hefty amount of money through his a s sociation with several companies. During his vacation, he visits several expensive holiday destinations which also indicates his lavish lifestyle.

Joao Mario is not married yet and neither dating anyone officially at present. The footballer is probably enjoying his singlehood. He seems more focused on his professional career rather than anything.

Mario is also active on social media including Instagram and also on Twitter where he has millions of followers.