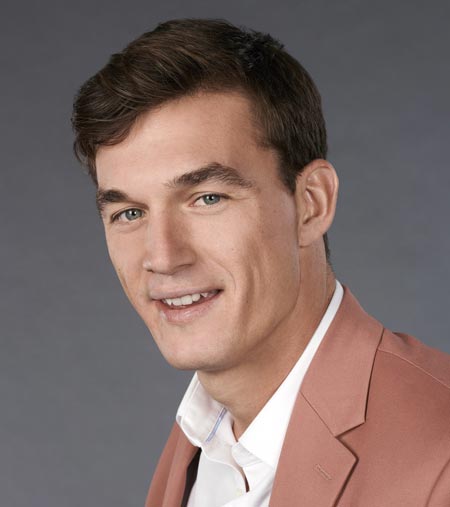 Tyler Cameron is a social media star and model who gained massive fame following his appearance in the 15th season of the most hit reality TV show The Bachelorette where he ended-up as a first runner-up. Tyler grabbed worldwide attention after his high profile relationship with supermodel Gigi Hadid. The couple started dating in the mid of 2019.

Tyler Cameron was born on January 31, 1993, in Jupiter, Flordia. As far as his nationality and ethnicity are concerned, Tyler is a White Amerian. He is the son of Andrea Cameron (mother) and Jeff Cameron (father). He grew up in Jupiter, Florida.

In February 2020, Tyler first revealed that her mother was not well and had been hospitalized. He told his fans at the time that he had canceled his appearance on Good Morning America after his mom went sick, and requested to pray for her.

But sources reported hours that his mother Andrea Cameron passed away in the hospital.

Cameron attended Wake Forest School. He later got enrolled at the Atlantic University and earned his MBA. At that time, he briefly played college football.

Competed on The Bachelorette

After his short-lived football career, Tyler Cameron began working as a custom home builder. With a touring height, the handsome hulk has also built a successful career as a model. He currently works for Soul Artist Management and Next Models in Miami.

In 2019, Tyler gained real limelight following his appearance in the 15th season of the most hit reality TV show The Bachelorette. He finished as a first runner-up of the show while Jed Wyatt became the winner of that season. 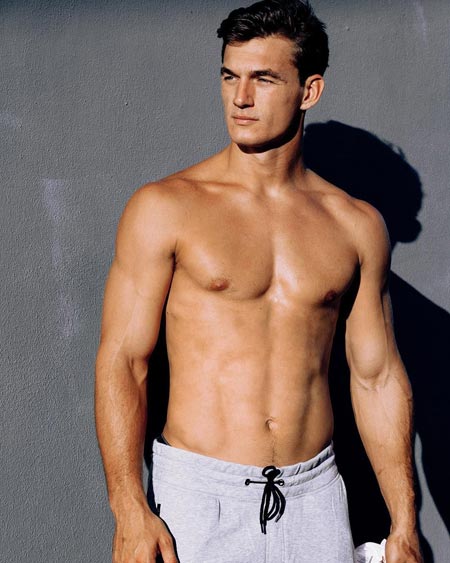 Tyler was the first who approached Hannah Brown before Jed Wyatt, who later popped the question to Brown. Wyatt and Brown got engaged but the couple's ecstasy didn't last more than a couple of days.

Just second night after their romantic engagement, Hannah found out that Jed was cheating on her as he was already in a relationship with Haley Stevens.

Tyler Cameron has collected a considerable amount of money from his various works. Sources report that the model has a net worth of around $2 million, as of 2019. Cameron's annual salary as a model is around $87,000.

Talented Tyler was the first runner-up of The Bachelorette's 15th season, in 2019. A contestant on the show makes approx $100k a season while the winners of the season received $250k.

For the last few years, the photosharing app Instagram is not only used for sharing photos but it has also been an essential medium for advertisement.

As a consequence, celebrities have been using it as a source of income as well. Cameron also has 2.1 million Instagram followers, as of 2019. He can command over 5k a post.

Tyler Cameron has not officially confirmed if he is dating or single right now. However, in January 2020, relationship rumors between him and Stassie Karanikolaou, a friend of Kylie Jenner, sparked.

The two were spotted spending quality time together in Miami together on New Year's Eve. The two have neither accepted nor denied dating each other.

He was previously also rumored to be dating another Jenner's friend, Anastasia Karanikolaou. The two were spotted getting cozy at Staples Center.

Tyler Cameron was previously in a relationship with supermodel Gigi Hadid. The couple started following each other on Instagram on 22 July 2019. While they seem pretty much into each other at present, the beginning of their relationship was not as it looks at the moment.

Well, they came across each other for the first time on July 30, 2019, when things were still a bit confusing as he had apparently been on a dinner date with Violet Benson, just a day before his confrontation with Gigi.

Unfortunately, Cameron and Hadid called it quits after dating for just a few weeks. 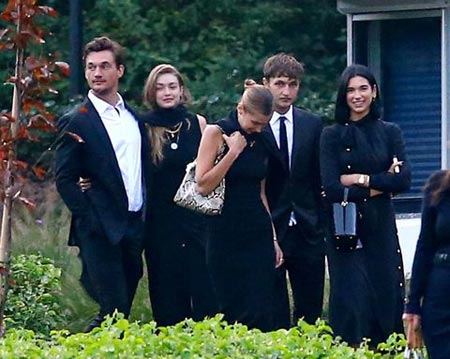 The confusion finally faded away after he was seen leaving Gigi's NYC apartment on August 14. Eventually, things began to get more serious between Gigi and Tyler and they were even seen vacationing together in Lake George.

The couple seems more devoted and supportive of each other.