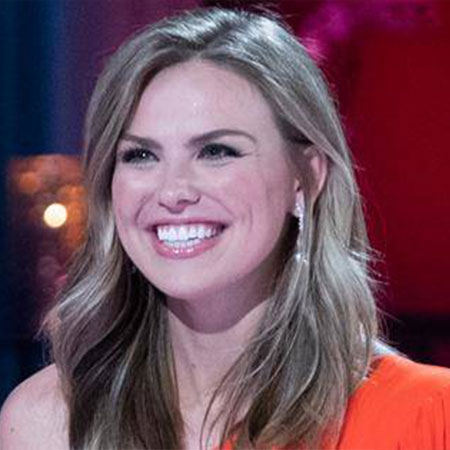 Miss Alabama 2018, Hannah Brown is ruling audiences' heart with her captivating looks and brilliant performance. She rose to prominence after she was crowned Miss Alabama 2018 as well as from her appearance in the 23rd season of The Bachelor. The beauty queen finished the show in seventh place, however, garnered good popularity with the show. Moreover, Hannah was announced the new Bachelorette star for its 15th season on the season finale of The Bachelor. The Bachelorette will arrive on TV in May 2019.

Hannah Brown was born on September 24, 1994, in Tuscaloosa, Alabama and raised in nearby Northport, Alabama. Her zodiac sign is Libra. She holds an American nationality and belongs to White-American ethnicity/race.

Hannah faced several complexities in her childhood as she lost her loved ones to homicide, suffered from depression and anxiety.

The reality star completed her schooling from the Tuscaloosa County High School and graduated from the University of Alabama. During her college, she became a member of the Alpha Chi Omega (ΑΧΩ) sorority and received Magna c u m laude with a degree in communication and information technology.

Hannah Brown has keen on pageantry since her early days. At the age of 15, she participated in local Alabama teen pageants which encouraged her to participate in several beauty competitions.

Brown started her TV career in 2018 with ABC popular reality series, The Bachelor where she met former professional football player Colton Underwood. She was eliminated from the show after she reached the top seven. As of now, she works as an interior designer.

On March 12, 2019, during the second part of the season 23 finale, the show host Chris Harrison announced Hannah Brown as the new Bachelorette for the fifteenth season of The Bachelorette. The show will hit the TV screen on May 13 this year.

On March 17, the reality star appeared in Ellen DeGeneres show and talked about her excitement for upcoming Bachelorette seasons.

Hannah Brown might earn a decent sum of money from her career as a reality star and a model. As of now, she has a net worth in thousands of dollars, however, her exact net worth is still under the radar. As a winner of Miss Alabama 2018, she is believed to have earned up to $100,000 in scholarships as a quest for her crown.

The reality star would be Bachelorette on The Bachelorette and usually, the cast made a whopping $250,000 for their time on the show. Besides that, they paid handsomely for their onstage presence and public events.

Hannah Brown is possibly single at the moment but soon, she would find her man in the 15th season of The Bachelorette. In a recent interview with Ellen DeGeneres, she said about the qualities she requires in her man. She told,

Gotta be good looking. Just a good human… a good heart, kind, strong, but ultimately I want at the end of this for them to know me and know every part of me and not just some version that I packaged together.

The former beauty queen is a huge football fan and she is a proud Alabama Crimson Tide member. She has a great approach for dealing with drama as seen on The Bachelorette how she handles everything.

During Miss Alabama pageant, Brown took a platform of mental health awareness as she previously suffered from that. She said she was battling with anxiety and depression for several years which caused her to leave pageantry.

Here is a short video of Hannah Brown where she opens up about her biggest fears and the person she's looking for in the new season of "The Bachelorette."