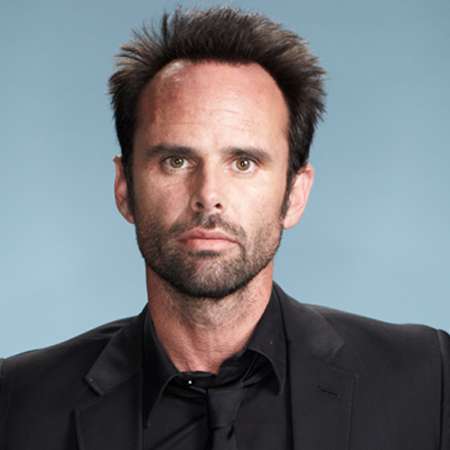 Goggins started his career in 2001, he produced the short film The Accountant. The film achieved the great success and won an Academy award for Best Live Action Short Film. His film That Evening Sun won the South by Southwest Special Jury Prize in 2009.He also developed his television show Rectify working with McKinnon. Goggin’s role was promoted to the main cast for the second season of Justified in May 2010.

He appeared in "Code of the West" In May 2011, a commercial for Ram Truck's "Guts & Glory" campaign.
For the same year, he was nominated for Primetime Emmy Award for Outstanding Supporting Actor in a Drama Series for his role in Justified. He played the role of Venus Van Damme in the FX series SOA (Sons of Anarchy) from 2012 to 2013.

He has given outstanding performance in his movies Murder in Mississippi’, ‘Forever Young’, ‘The Next Karate Kid’, ‘Major League: Back to the Minors’, ‘The Crow: Salvation’, ‘Daddy and Them’, ‘The Accountant’, ‘The Bourne Identity’, ‘House of 1000 Corpses’, and many more.
Currently, he is busy in shooting for his upcoming movie ‘The Hateful Eight’.

In 2001 Walton married dog-walking business owner Leanne. Walton’s personal life is somewhat tragic because his wife Leanne committed suicide in 2004 as she was suffering from severe clinical depression.

In August 2011 he married filmmaker Nadia Conners. The couple had given a birth to the baby boy, Augustus in February 2011.
There is no any rumor related to his extra girlfriend and extra affairs. He is happily living with his beloved wife and is no any marital issues. It seems like they are having a good time together and their relationship may last longer.
Goggins is a passionate photographer and showcases some of his work on his blog.
He is the fanatical traveler, he loves spending much of his time in Cambodia, Central America, Morocco, Thailand and Vietnam.

He is connected with various nonprofit making organizations that range from environmental to humanitarian work. He attains most of the Global Green USA events.
Once in an interview, he was asked about his white long teeth, as a response, he said, “"They cemented them back in without Novocain when I was in the fifth grade. Two years later, I knocked them out again on a diving board. So no, they're not my real teeth."
Goggins, the spectacular American actor, has shared images with Scarlet for his fans on social networking sites.The salary of Goggle is estimated to have the net worth of $8 million dollars.
He can be connected via different social networking sites and his information can be gained through Wikipedia, Instagram twitter, and many other sites.