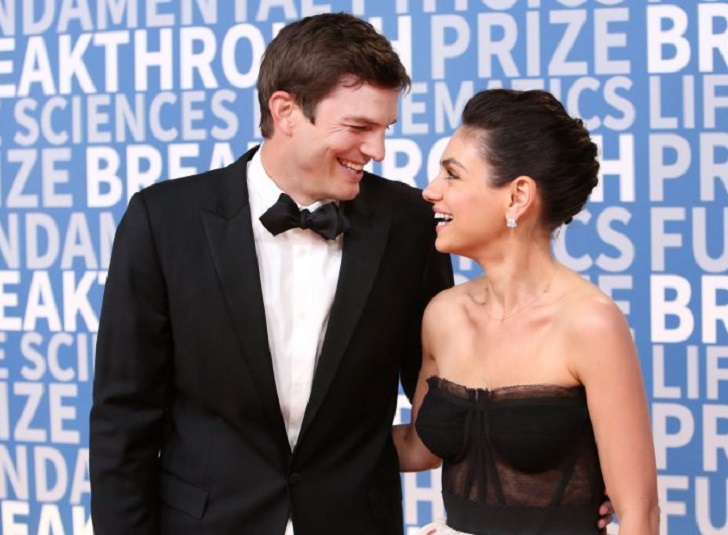 Ashton Kutcher and Mila Kunis portrayed love interest in the sitcom That '70s Show which was premiered in 1998 but who would have thought that the reel couple would turn into real couple after over a decade.

Actor Ashton Kutcher and his actress wife Mila Kunis are happily married since 2015 and they are also proud parents of two children;  a daughter Wyatt Kutcher and a son Dimitri Portwood Kutcher.

Most recently, Ashton Kutcher talked about how he balances his family life and his busy career. 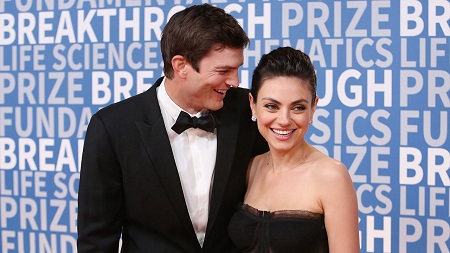 While getting candid with his fans during the Third Annual City Summit at Universal Studios in Hollywood, the 40-year-old actor said:

“My daughter’s three and my son [Dimitri]’s one, but when I see them be generous and kind to each other, I don’t know that there’s anything better than that. I think all you’re trying to do as a parent is build kids who are really good decision-makers and who are kind -- not just nice, but kind. Being kind is when it’s uncomfortable to do something generous and you still do it.” 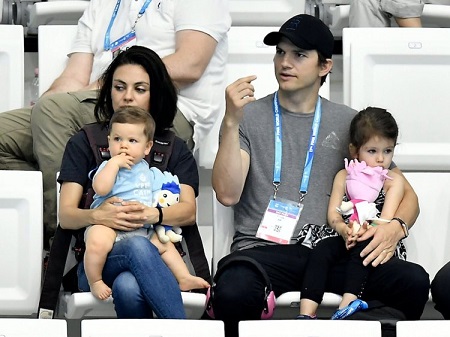 The father of two further added:

“So, watching my daughter make a decision about whether or not she’s going to share a cookie is a weird thing,” Kutcher continued. “I know she’s like, ‘I want this mother f**ken cookie,’ and then she independently shares it. I’m like, ‘Cool, you just made a sacrifice.’ If nothing [else] comes from my kids, [let it be] understanding how to make sacrifices and be generous. To me, those are the most memorable things.”

The actor also opens that how he balanced his parenting and career:

“One thing I do is schedule my intimate life,” he continued. “I schedule my time with my kids. I make those blocks, hard and fast in my calendar, and I don’t move them. I come home, I put my phone away, I don’t work when I’m with my kids and when I go to sleep, I don’t take my phone. I’m really, really diligent.”

Besides enjoying joys of fatherhood, when he was asked about his one of his greatest achievement in life, Kutcher replied his marriage to wife Kunis:

“I married my wife.”

Ashton Kutcher And Mila Kunis' Marriage Details: How It All Started?

Kutcher and Kunis first met on the sets of That '70s Show where they portrayed the role of dysfunctional teens. At the time, former was 20 whereas the latter was 14.

The couple, however, didn't date at the time. They started dating in spring of 2012. It was after both the stars broke up with their partners, Kutcher separated with wife of seven years, Demi Moore in 2011 whereas Kunis broke up with her longtime boyfriend, actor Macaulay Culkin in 2010. 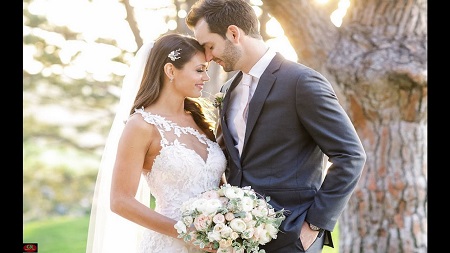 After dating for two years, the pair got engaged in 2014. They welcomed their first child together, daughter Wyatt in 2014. They eventually became husband and wife after exchanging vows in July 2015.

Recalling the past, the actress said to Howard Stern in an interview:

"We started dating with the idea we're both never going to get married. [Kutcher] just got out of a marriage. I got out of a long relationship. I was single and having the best time ever. I was totally dating, having a great time, and I was like, 'I'm never getting married.' He's like, 'Great, neither am I!' And we're like shaking hands on it and we're like, 'Life is great!' A year later, we're like, 'Tomorrow, let's get married.'"

After a year of blissful married life, Kunis gave birth to their second child, a son Dimitri Portwood in November 2016.

Kutcher and Kunis reside in their house in Los Angeles, California raising their two children.  They are living quite a private life. 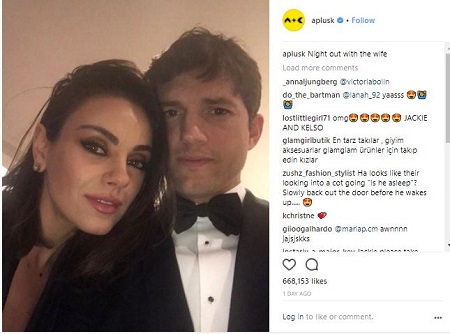 Talking about their low profiled personal life, the actor once said:

“My wife and I have chosen a career where we're in the public light, but my kids have not,” Kutcher said. “I think they should have the right to choose that and I actually don't think that they should have images of them as children that are out there, that somebody could potentially blackmail them with. It's their private life; it's not mine to give away.”

They most recently made their red carpet appearance at 2018 Oscar night event.