Hill appeared in movies No Regrets (2016), A Bad Moms Christmas (2017), Love, Simon (2018), and The Millennial (2020). Moreover, the Los Angeles-born worked as a director and executive producer of The Pre-Quarter Life Crisis, Untitled Short Film, and Novella.

What Is Terayle Hill's Age and Height?

Born on February 9, 1994, in Los Angeles, California, the USA, Terayle Hill is an American by nationality. He hails from a black ethnic background. By teenage, Terayle began to write poetry and scripts. He attended Clark Atlanta University and majored in ma s s media arts.

Terayle made his on-screen debut in 2014 and was cast as Demauri'A Watkins in College Boyfriends - The Web-Series. There, he worked in 30 episodes until 2016, alongside Diedrick Hines, Zakar Dolsey, Loren Lott, and John-Thomas Garner. 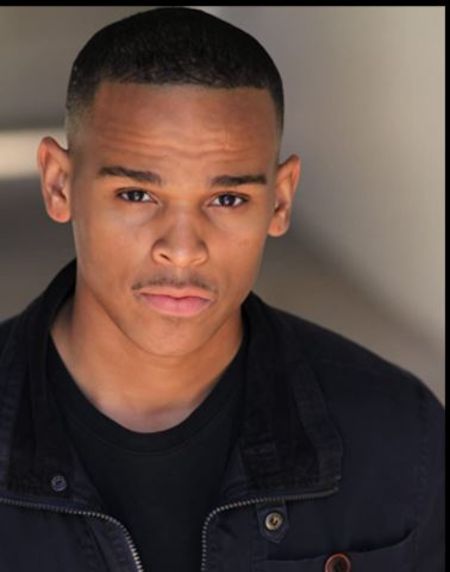 After that, he was cast as Marquise Howard in 11 episodes of Step Up: High Water (2018- 19) featuring Marcus Emanuel Mitchell, Terrence Green, Ne-Yo, and Naya Rivera.

Over the years, Terayle Hill worked in a bunch of films, that including short-films & TV movies. In 2017, he was cast in Men of God (short-film) and A Bad Moms Christmas.

What Is Terayle Hill Doing Now?

According to IMDB, Terayle is set to work in the TV film After the Game (pre-production) alongside Stevie Baggs Jr., and Marquita Goings. He is announced to portray William in the thriller-film Superstition: The Rule of 3's co-starring Amanda Cerny, Ludacris, and Shad Moss.

Terayle Hill has a net worth of $100,000 as of January 2021. The main source of his income is the acting career spanning over 6 years. Thanks to his on-screen notable on-screen appearances in College Boyfriends - The Web-Series, The Quad, Step Up: High Water, and Cobra Kai.

Allegedly, Hills earns a salary of hundreds of thousand dollars per year.

Relationship Status of Terayle Hill- Is He Dating?

The Step Up: High Water actor is extremely low-key about his personal life. Terayle is not official about his relationship status at the moment. No report on his dating life or girlfriend is out. Rather, Terayle seems to be focused on his acting career.

Previously, Hill was married to American Idol contestant and The Quad costar Loren Lott but kept the details on their courtship and wedding details low. On Instagram (@terayle_), Terayle Hill has over 60K followers as of early 2021.