Emily Tosta, a Dominican-born actress & model made her career breakthrough with a print campaign for the magazine A la Moda at the age of 6 and later gained further fame lead role in the web-series United Families and as Luisa in the series The Last Ship.

Born To Parents Of Diverse Background 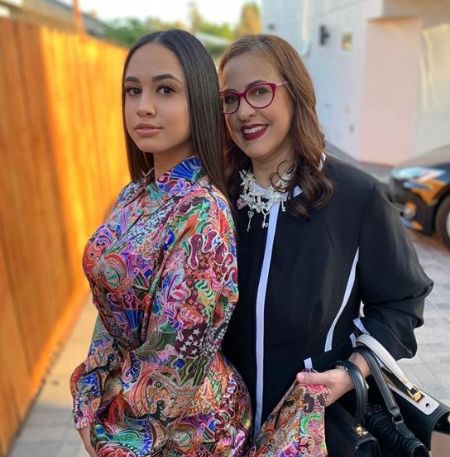 Fond of modeling & acting from an early age, Tosta's landed in print campaign for the Dominican magazine A La Moda & is active in the industry ever since. By the age of 8, she got her gig in the musical The Pied Piper of Hamelin, followed by acting debut through Annie: The Musical.

Later, Emily appeared in various musicals including The Miracle of Fatima, Alice in Wonderland, Cats, Like in Broadway and A Christmas Adventure in Broadway.

How Old Is Tosta Now?

Moved To The United States For Career Flourishment

With growing fame, Emily landed herself in commercials for many brands like Sears, Verizon, and Sprint, in addition to the print campaigns for companies: Dino Cookies, La Sirena Kids, Tamarindo YA, and D.E Enterprises.

Having appeared in Latin shows Noche de Luz, Hola Gente, Navidad Espectacular, and Sabado Chiquito de Corporan, Tosta moved to Miami, Florida, the USA by the age of 12 for a further career boost.

While in Florida, the Dominican born model & actress got a breakthrough with the lead role in the web-series United Families. With appearances in short films Just Do Good and Trapped, Emily had guest-role in Telemundo's Dama Y Obrero.

Moreover, in 2014, she moved to Los Angeles, California for further career opportunities & was cast in the guest-role as Luisa in the series The Last Ship. Well, the model also inked a deal with The Corsa Agency, where Thomas Richards is her agent.

There, she appeared in the TV shows like 'Rosewood' & 'NCIS: Los Angeles' and in films like 'Vikes' and 'Selfie Dad'.

As for a fact, Emily Tosta alongside Brandon Larracuente, Niko Guardado and Elle Paris Legaspi, is set to appear in the 2020 teen-drama series Party of Five0- the series will premiere on January 8, 2020.

Hs Ma s sive Instagram Followers: What About Her Endorsements?

Currently, as of November 2019, Emily Tosta has over 190K followers on her Instagram & promotes online shopping for bags, gaia Room. Furthermore, the Dominican actress & model also poses for magazines like Fairfax Copenhagen Magazine and Glitter Magazine.

She endorses Autograph Jewelry, ADINA’S JEWELS, and Fashion Nova. As per online sources, with an engagement rate of 8.33% on Instagram, she can make $572- $953 per sponsored post.

According to many sources, Emily owns the net worth of $250,000 as of November 2019. The main source of her income is acting & modeling.

The Dominican-born often make posts on social media regarding equal payroll for general & the Latinas, #LatinaEqualPay.

An avid social worker, Emily Tosta has a s sociations with many non-profit organizations like Music For Your Heart Foundation, PETA, St. Judes Hospital, Make A Wish Los Angeles, Los Angeles Children's Hospital, Operation Smiles, Feeding America and many other.

Meanwhile, Emily Tosta seems to be dating & though is yet to open up about her current boyfriend. In October 2019, she made an Instagram post wishing her boyfriend on the birthday.

Ever since no further detail on her boyfriend is out.

Formerly, the Dominican model & actress was in relationship with Snapchat star Crawford Collins. They dated for 2 years from 2016 to 2018.