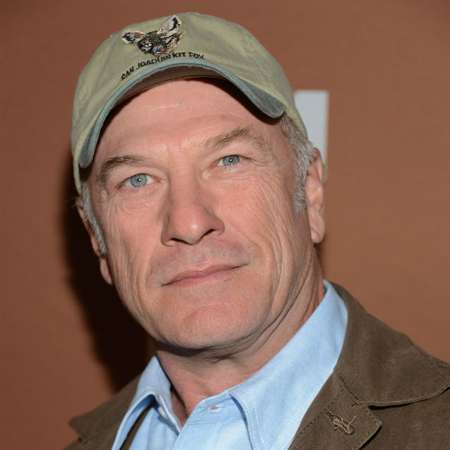 Frank Theodore “Ted” Levine, shortly, Ted Levine is an American actor best known for his roles as Buffalo Bill in The Silence of the Lambs. He is also known for his portrayal as Captain Leland Stottlemeyer in the TV series, Monk. Active in the industry for decades has worked in numerous hit movies and TV series from where he earns a good salary. Regarding his personal life, Levine is married to his girlfriend turned wife, Kim Philips with whom he shares two children, a son, and a daughter.

Ted Levine was born Frank Theodore Levine on May 29, 1957, in Bellaire, Ohio, the United States under the birth sign Gemini. Levine's nationality is American and as far as his ethnicity is concerned, he is Mixed ethnicity (Russian-Jewish descent and Welsh and Native American ancestry).

He is the son of Charlotte Virginia and Milton Dmitri Levine. Both of his parents were doctors and members of Physicians for Social Responsibility. His father was of Russian-Jewish descent and his mother had Welsh and Native American ancestry. He describes himself as a "hillbilly Jew".

Belonging from medical background ted was also encouraged to become as a part of Physicians for Social responsibility as well as to study the medical subject taking as a major subject but he was not totally interested into that.

His parents raised him with his siblings, Michae Joshua Levine, and Judith Anne Levine. in Oak Park, Illinois.  He studied within the Chicago theatre scene to enroll in the acting industry. Likewise, he also joined Marlboro College during the very time which was in the year 1975.

Levine made a grand entry into the television was through The Silence of the Lambs. He was also featured within villainous roles during the very time.

Ted Levine's career started from the year 1983 and until today his success has reached up to the optimum level. He has appeared in many movies and series in his career from where he earns a huge appreciation. At the beginning of his career, he became a fixture in the Chicago theater scene and joined the Remains Theater which was co-founded by Gary Cole and William Petersen.

His character as Buffalo Bill in the 1991 American horror, The Silence of the Lambs became the breakthrough role of his career. He was cast in villainous roles after his breakthrough performance in the movie. 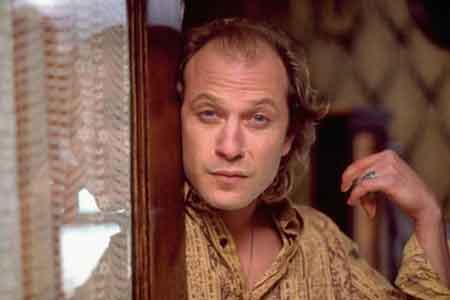 CAPTION: Ted Levine in one of the scenes of The Silence of the Lambs. SOURCE: Rolling Stone

Levine portrayed Paul Walker's police superior Sergeant Tanner in the 2001 action-crime movie, The Fast and the Furious. His work also includes an uncredited role as the voice of the sociopathic trucker "Rusty Nail" in Joy Ride, and his performance as Detective Sam Nico in the 2003 film Wonderland, based on the gruesome murders in the Hollywood Hills.

Levine co-starred as Captain Leland Stottlemeyer on USA Network's detective series Monk from 2002-2009.  His performance was appreciated by both fans and critics. The series starred Tony Shalhoub, Bitty Schram, and Traylor Howard. Moreover, he provided the voice of the supervillain Sinestro in Superman: The Animated Series, Static Shock, Justice League, and Justice League Unlimited.

Similarly, he appeared as Patriarch in the remake of The Hills Have Eyes in 2006. He played the role of local Sheriff James Timberlake in the 2007 film, The Assassination of Jesse James by the Coward Robert Ford.

Levine appeared as the warden of the island prison in a 2010 American neo-noir psychological thriller film, Shutter Island starring Leonardo DiCaprio. He portrayed General Underwood in the British-Finnish action film Big Game in 2014. In 2016, he was involved in various projects like Mad Dogs, Ray Donovan, as well as Lethal Weapon.

In 2018, Levine co-starred as hunter Ken Wheatley in the sequel Jurassic World: Fallen Kingdom. The year, he also worked in TV series like The Alienist and Here and Now. Besides, he was awarded by the Beaufort International Film Festival for his movie, Dig Two Graves. Moreover, he has been nominated for 20/20 Awards and Screen Actors Guild Awards. He was a cast in the drama film The Report premiered at the Sundance Film Festival on January 2019.

The same year, the actress played the role in a crime drama A Violent Separation sharing the screen along with Brenton Thwaites, Alycia Debnam-Carey, Ben Robson, and Claire Holt.

Ted Levine's net worth is $6 million according to Celebrity Net Worth whereas his net worth is estimated to be $4 million as per The Richest. He has earned a good amount of salary from his acting career.

The actor has played a number of major roles in some box office hit movies some of them are listed below.

As a part of such a commercially successful movie, it is safe to say that the actress received a good amount of paycheque.

With such earning, he is maintaining his lavish lifestyle.

Ted Levine is a married man and has two children. He is married to Kim Phillips with whom he an affair in the past. He introduced Kim as his girlfriend in one of the stage programs during the very early time. The husband and wife couple is blessed with two children; a son named Mac Levine and a daughter named Melissa Levine.

It's been a long time that the two are living happily along with their children with no rumors of divorce.

Furthermore, Levine loves traveling with his family and he is a very responsible father indeed. Ted takes good care of his children and he loves his wife a lot, this is the best fact to share that there is no any chances for the couple to have their separation from their married life in the name of divorce.