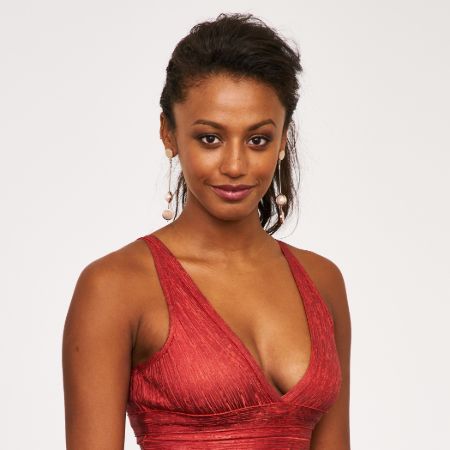 Shalom Brune-Franklin is an English-born Australian film and television actress most known for playing Maisie Richards in the BBC One military drama Our Girl, Bindy in the Australian drama series Bad Mothers, and Igraine/ Morgana in the Netflix fantasy drama Cursed.

How Old is Shalom Brune-Franklin? What is her Height?

Shalom Brune-Franklin was born on August 18, 1994, in St. Albans, Hertfordshire, England to a Thai-born English father, Phillip Franklin, and a Mauritian mother, Ingrid Brune. She is 26 years old as of August 2020 and stands at 5 feet 8 inches (1.73 meters).

Her family upped and moved to Mullaloo, Australia when Shalom was 14, where she attended Ocean Reef Senior High School. She would go on to pursue a degree in journalism from the Edith Cowan University in Perth before joining Western Australian Academy of Performing Arts.

Shalom Brune-Franklin made her on-screen debut in 2013. During the early part of her career, Shalom was primarily cast in short movies and television miniseries. She had appearances in drama shorts like 2013's Dinner Date, 2015's Tryptophan, and 2016' Swiss Avalanche.

She made a breakthrough in the industry as the Irish nurse Aoife in the Australian medical drama series Doctor Doctor. She had recurring appearances throughout the first episode before being written off in the first episode of the second season. 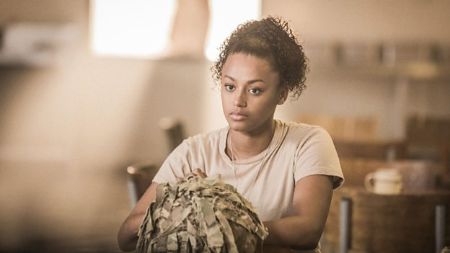 Shalom Brune-Franklin as Maisie Richards in Our Girl SOURCE: BBC

She played Umm Khulthum, a British citizen turned Jihadi wife, in the four-part Channel 4 drama serial The State. Additionally, she had recurring appearances as Private Maisie Richards in the third season of the BBC One military drama series Our Girl.

Her other notable television role is her portrayal of one of the lead characters, Bindy, in the Australia drama series Bad Mothers.

She most recently appeared as Sister Igraine / Morgana, the sister of Arthur (played by Devon Terrell), in the Netflix fantasy drama series Cursed. The show premiered on Netflix on July 17, 2020, and stars  Katherine Langford, Gustaf Skarsgård, Catherine Walker, Olwen Fouéré, and Bella Dayne.

Has an Estimated Net Worth of $400 Thousand

Shalom Brune-Franklin is estimated to have a net worth of around $400 thousand. Her wealth comes from her career as a screen actress. 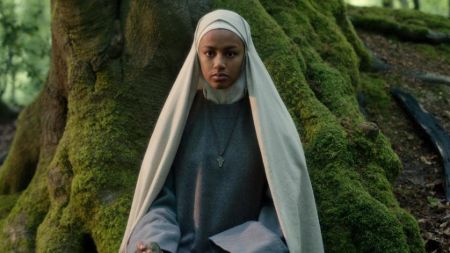 The 26-year-old film and television actress is known for her television work and has been featured prominently in shows like Doctor Doctor, Our Girl, Bad Mothers, Moominvalley, and Netflix's Cursed.