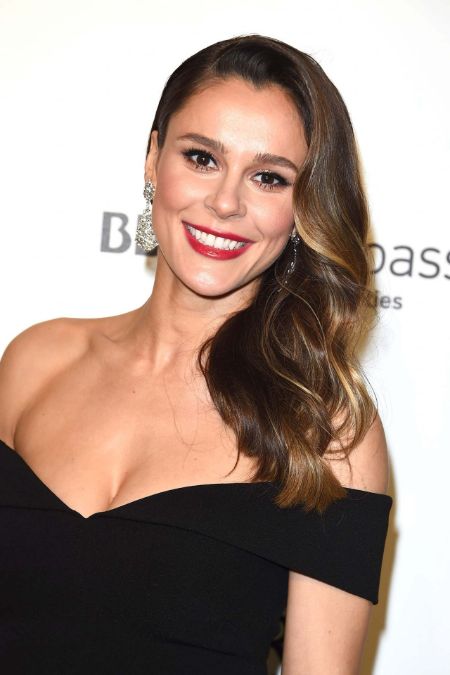 Bella Dayne is a German-born actress. The former Miss Germany 2006, Dayne is most known for playing Astrid in the Channel 4 sci-fi series Humans and her portrayal of Helen of Troy in the BBC One/Netflix historical drama miniseries Troy: Fall of a City.

How Old is Bella Dayne? Her Age and Height?

Isabelle Knispel took home the crown of Miss Germany on February 4, 2006, not even a month removed from turning 18. 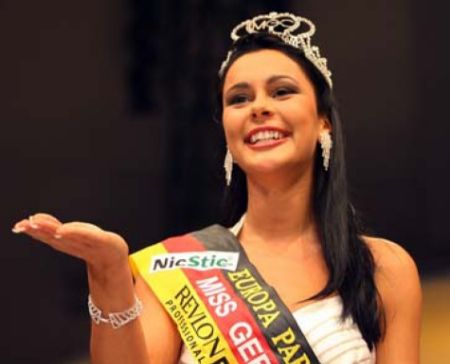 She moved to the United States shortly thereafter and settled in New York City, where she studied acting at the prestigious Stella Adler Studio of Acting.

Isabelle Knispel adopted the name Bella Dayne and made her on-screen acting debut as Lea in the 2009 comedy-romance drama movie Thank You, New York. The next couple of years consisted of Dayne appearing in a litany of short movies like A Cafe Window, Warcox, The Gardener, Stained, and Dig.

On television, Dayne is known for playing Delphine in the third season of the ITV2 comedy series Plebs. She also had recurring appearances as Astrid in the AMC/Channel 4 sci-fi drama series Humans. 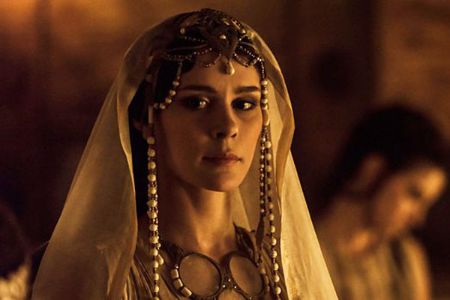 She is perhaps most well-known for starring as Helen of Troy opposite Louis Hunter in the BBC One/Netflix historical drama miniseries Troy: Fall of a City.

Besides that, Dayne had guest appearances in numerous television shows, including her roles as Patsy in the second season of the FX anthology horror series American Horror Story: Asylum, Fanny in an episode of the ABC period sitcom The Goldbergs, and Anna Mueller in the fourth season of the CBS sci-fi crime-drama series Person of Interest.

Additionally, she also had appearances as Eliette in two out of four episodes of the Sky Atlantic/Showtime drama miniseries Guerilla, starring Idris Elba, Freida Pinto, and Rory Kinnear, among others.

Most recently, she appeared as Red Spear / Guinevere in the Netflix fantasy drama series Cursed, alongside Katherine Langford, Devon Terrell, and Gustaf Skarsgård, among others.

In addition to her film and television roles, Bella Dayne has also dabbled in voice-acting and provided the voice for Camille "Rousseau" Denis in the 2017 first-person shooter video game Call of Duty: WWII.