Save the Date! Prince Harry and Meghan Markle are set to Marry on May 19, Kensington Palace reveals 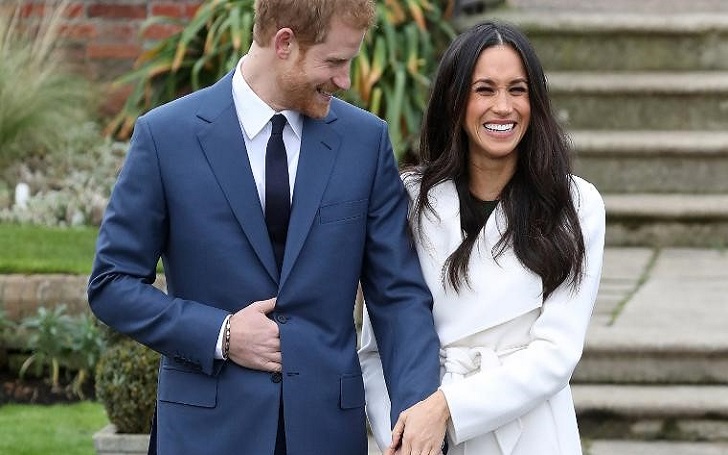 Prince Harry is finally going to marry his Hollywood actress fiancée Meghan Markle. Kensington Palace announced this good news on Friday, December 15, 2017. Markle is ready to be a Princess wife of Duke of Cambridge.

Kensington Palace released a statement about the wedding plan of Prince Harry and Meghan Markle. The Royal Family will organize their marriage ceremony on Saturday, May 19, 2018. 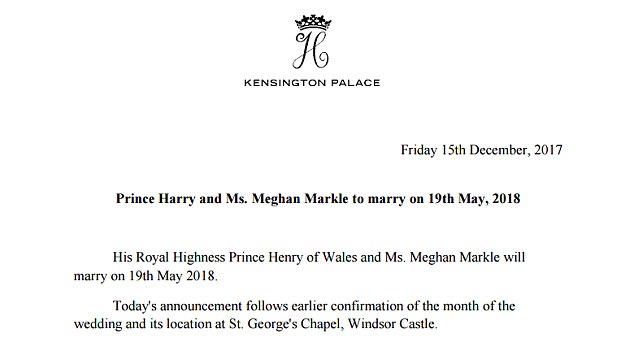 The duo got engaged last month after dating nearly a year. The palace is said that the service would be at St George’s Chapel, Windsor Castle.

Prince Harry and Markle’s marriage date breaks with tradition as royal weddings usually take place on a weekday- the Queen marry on a Thursday and the Duke of Cambridge on a Friday. 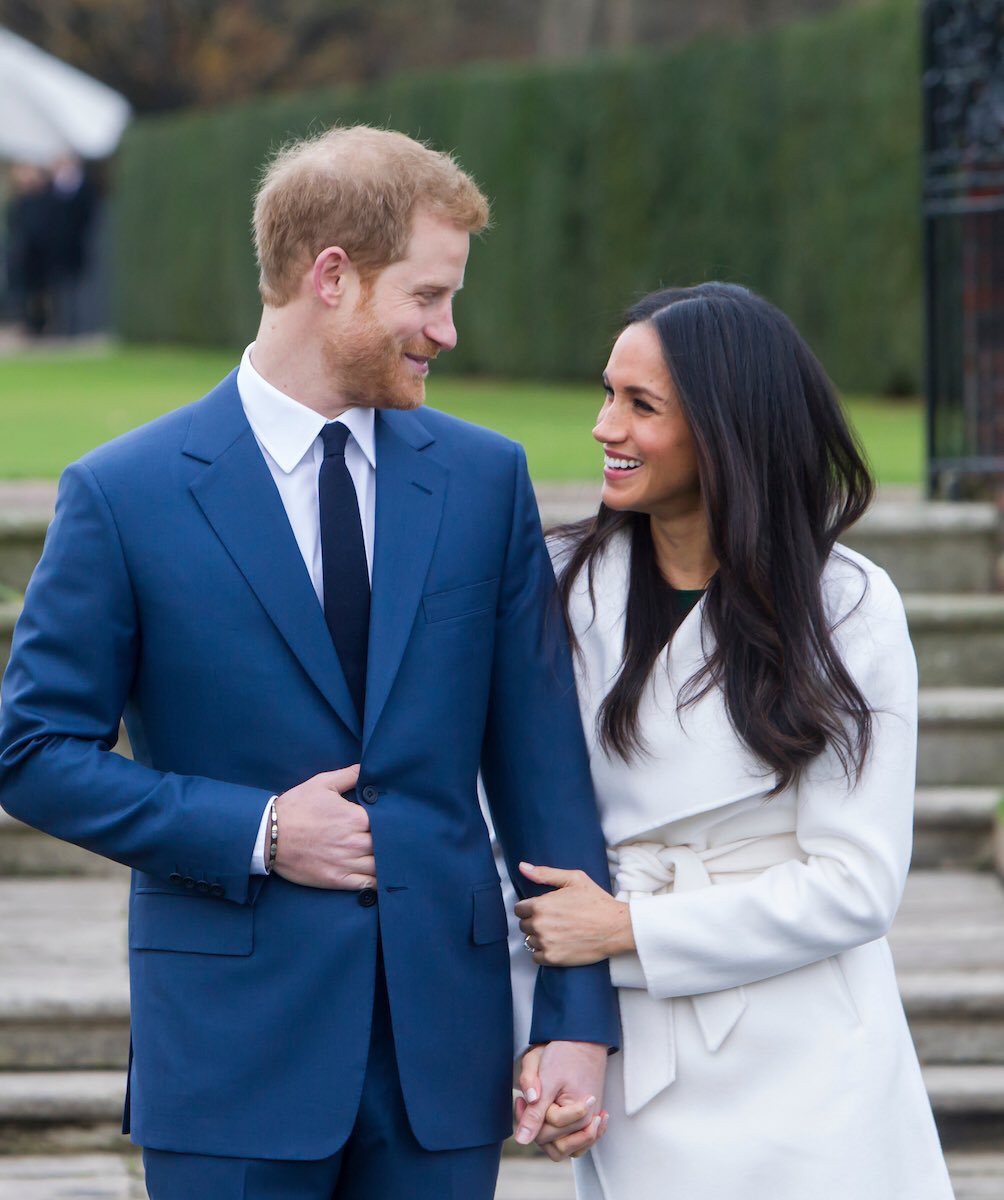 Their wedding will be on the same day as the FA Cup Final, even Harry’s best men Prince William normally attends as FA president.

The Kensington Palace announced that the couple will be spending Christmas together at Sandringham with the Queen Elizabeth II on Wednesday, December 13, 2017.

Prince Harry’s brother, Prince William and Catherine, Duchess of Cambridge, followed a similar wedding timeline. The pair got engaged in November 2010 and married after five months on 29, April 2011.

Harry and Markle most likely chose to marry in May since Prince William and his princess wife Kate Middleton are expected to welcome their third children in April 2018.