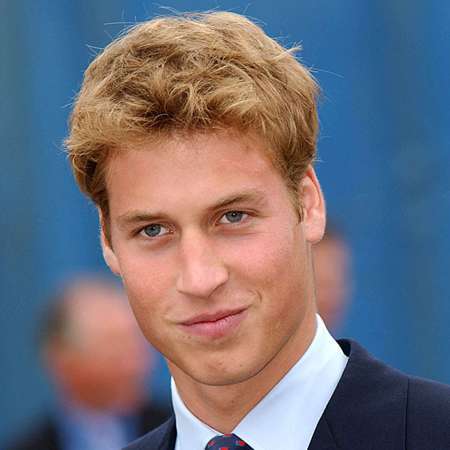 Prince William, The Duke of Cambridge (William Arthur Philip Louis), is a member of the British Royal family. He is the eldest son of Wales’ Prince, Prince Charles and Princess Diana. William is the second in the line to the throne after his father, Prince Charles.

Prince William is the Duke of Cambridge and is second in line to inherit the throne and after his grandmother, Queen Elizabeth II and his father Prince Charles.

He has been married to Catherine Middleton and is the father of two. His relationship with his wife has been covered widely by the media.

William was born on the St. Mary’s Hospital in London and was baptized in the Buckingham Palace on 4th August 1982. Born to a Royal Family, Prince William educated at four schools across the United Kingdom.

He has a brother Prince Harry- a member of the British Royal family and the second grandson of the Quen Elizabeth II.

William obtained a degree, however, from the University of St. Andrews. He completed his training as an officer cadet in 2006 and was commissioned as a lieutenant of the Blued and Royals Regiment.

After qualifying as a pilot in 2008, from the Royal Air Force College Cranwell, he underwent helicopter training.

He became the full-time pilot for the RAF Search and Rescue Force, in 2009 and he decided to donate his salary obtained from the job to charity. His tenure in the British Armed Forces ended in 2013.

Prince William and his brother Prince Harry have similar net worths, having both inherited the fortune ama s sed by their late mother, Princess Diana. According to Business Insider, their net worth is somewhere between $25 and $40 million.

The brothers received reportedly $14 million each when they turned 30 years old. They also started receiving $450K each year while reaching 25, according to the Forbes.

Prince William used to receive an annual salary of $61k for his job as an East Anglian Air Ambulance pilot, which he used to donate to charity. He retired from his job flying rescue helicopters in 2016 to focus more on his royal duties.

Prince William’s mother Diana did memorable philanthropical works before her death. Now, her eldest son William has reflected on how her pa s sion for charity has stayed with him 20 years on.

In January 2018, he gave the keynote speech at the Charity Commission Annual Public Meeting and said that he and his brother Harry have a lifelong habit to put charity at the heart of our lives. He has been involved with various organizations and provides funds to them which includes The Art Room, Action of Addiction and Natural History Museum.

In 2018, William along with his wife and brother announced to launch a website designed to provide resources for teachers and schools seeking help in mental health.

The Future King of England, William’s personal life has always been the subject of much media attention. He met his future wife Kate Middleton while attending St. Andrew’s University in Fife, Scotland.

They were also living in a shared house. William said that they were friends for a quite while before becoming romantically involved. In an interview, he said that:

They tried to keep secret their affair with a media but in 2004, she was caught by paparazzi in Royal family ski trip. The duo graduated from the University in the year 2005 with an honorary degree in Art and History.

He then headed for a Military Academy and she began working as an a s sistant accessories buyer with British clothing Chain Jigsaw in London. In 2007, the media flashed rumor about their break-up but they proved it false by attending several Royal events together.

After dating for almost eight years, it was announced that they were engaged on 16, November 2010. The source reported that William proposed her while vacationing in Kenya and presented his mother Princess Diana’s wedding ring.

Prince William and Kate Middleton exchanged their vows at the Westminster Abbey in London On April 29, 2011. Before the wedding, Queen Elizabeth II granted Middleton to the title of Catherine, Her Royal Highness the Duchess of Cambridge.

In December 2012, the St. James Palace officially announced that he and his wife Kate Middleton were expecting their first baby. They welcomed their first child, a Baby boy on July 22, 2013, in St. Mary’s hospital. The royal family named him Prince George Alexander Louis. He is the third in the line to the throne after his grandfather Prince Charles and Prince William.

The royal pair welcomed their second children, a daughter named Charlotte Elizabeth Diana on May 2, 2015.

In September 2017, the Kensington Palace announced that Kate Middleton and Prince William’s third baby is on the way. Middleton gave birth to her third child and second son, Prince Louis Arthur Charles in St. Mary’s hospital on 23, April 2018.

In April, 2007, it was announced that the couple had reportedly split. But Middleton continued appearing and supporting William on several occasions, making the rumors to rest. She also attended the Royal Family on outings and at public events. It was announced on November 16, 2012 that the couple were to marry. William gave Katherine his mother’s ring as an engagement ring, in Kenya on October, the same year.

On April 29, 2011, the couple wed at a huge ceremony at the Westminster Abbey. They chose to break the royal protocol and did not include the vows related to Catherine to “obey” her husband. William was given the titles of Duke of Cambridge, Earl of Strathem and Baron Carrickfergus few hours before the ceremony. The Duchess of Cambridge was admitted to the St. Mary’s Hospital on 22nd July, 2013 when she gave birth to their first son, Prince George of Cambridge. The couple’s second child, a girl, Princess Charlotte of Cambridge was born on 2nd May, 2015.