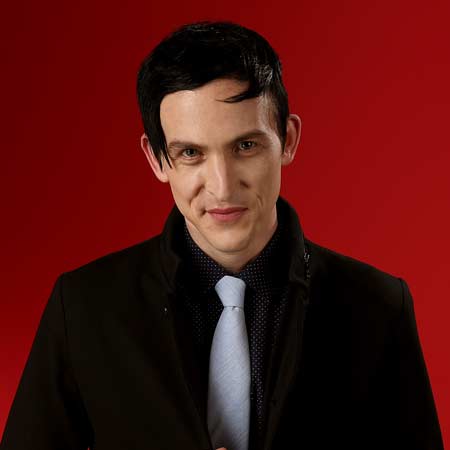 Born and raised in Shueyville, Iowa, U.S., Robin Lord Taylor is a popular American actor and director. He is best known for his performances in the movies like Accepted (2006), Another Earth (2011) and Would You Rather (2012). He gained international fame after starring in the popular Bruno Heller crime drama TV series, Gotham in 2014. He played the role of Oswald Cobblepot / Penguin in the series.

Taylor is openly gay. He is living a blissful married life with his production designer husband, Richard Dibella since 2011.

Robin Lord Taylor was born on June 4, 1978, in  Shueyville, Iowa to Robert Harmon Taylor and Mary Susan (née Stamy) Taylor. He is American and belongs to the White-American ethnicity.

Taylor was raised along with his elder sister, Susan Taylor Chehak who is an author. He attended  Solon High School and Northwestern University from where he earned his  Bachelor of Science degree in theatre in 2000.

During his school days, he went to architecture camp at the Washington University in St. Louis.

Robin Lord Taylor started his professional career in 2005. He made his acting debut with the short film, Jesus Children of America as Mike. The same year, he featured in the legal drama TV series, Law & Order.

The following year he starred in three other films, Pitch, The House is Burning and Accepted.

Taylor along with Billy Eichner co-created and co-starred in Creation Nation: A Live Talk Show which they performed at different festivals in 2008. Some of his screen credit includes Last Day of Summer, Step Up 3D, Return, Would You Rather, Cold Comes the Night, The Walking Dead, Taxi Brooklyn and others.

Robin Lord Taylor is one of the prominent Hollywood actors. His estimated net worth is $6 million.

Some of the lead stars of Gotham are paid nearly $100k per episode. Lord is also one of the regular casts, so we can assume he earns the similar amount.

Taylor has also enrolled himself in movie direction and in the US the average salary of the director is $99,220 per year. Some of his box office success movies are enlisted below,

Robin Lord Taylor is a married man. He tied the knot to his longtime boyfriend, a production designer, Richard Dibella in 2007 in an intimate ceremony. 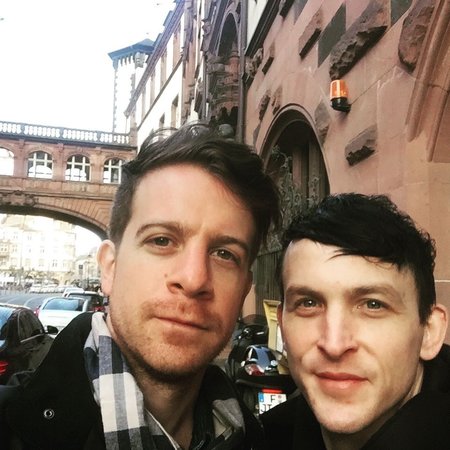 The couple started dating in 2004 and exchanged vows in 2007, however, Taylor didn't reveal about his marriage until 2016 when he tweeted about his wedding anniversary.

As of 2018, the duo resides in Manhattan, New York and is enjoying their blissful married life.

Taylor shares a good bond with comedian Billy Eichner who is best known for his performances in Hulu's Difficult People.