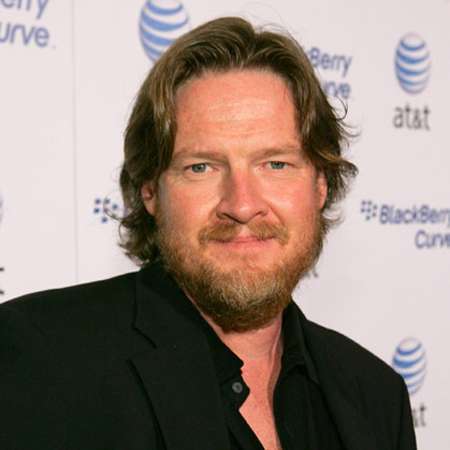 Donal Francis Logue is a multi-talented personality, best known as a complete TV star. He is an Irish-Canadian film and television actor, producer and writer. He is known for his appearances in the TV series including Vikings, Grounded for Life, and Gotham.

Donal was born on February 27, 1966, in Ottawa, Ontario, Canada. He has Canadian and Irish citizenship. His father Michael J. Logue and mother Elizabeth met in Africa when Mr. Michael was a Catholic missionary in Africa.

They married eventually and moved to England. Logue has three sisters: Karina, an actress; twin sister Deirdre (who is not in show business); and Eileen, an education consultant. Donal's father, Mr. Michael is the president of Aisling Industries, which is a s sociated with the making of microchips for cell phone companies.

Logue lived most of his childhood and teen years in El Centro, California where his mother was a teacher at Calexico High School during the time period of 1980;s and 1990;s.

It was in California, where Logue attended Central Union High School. But for his junior year, he attended St. Ignatius College in London, England. While in High School, Donal was the California State Champion in Impromptu Speaking and in 1983 was elected President of the American Legion Boy Nation.

Likewise, Donal studied History at Harvard University after his high school. He was a member of the Signet Society in there. After a few TV movies, Logue first appeared in film Sneakers in 1992. By this time he had appeared in a few TV movies, it was 1993 when he appeared as Ellis Spear in Gettysburg and also as a guest on the Northern Exposure episode Baby Blues playing a movie script agent.

Logue also appeared as an FBI agent in The x Files episode. Some of his career's great works are Gotham, Vikings, rounded for Life and other popular TV shows. He is a highly qualified actor and TV personality. Despite his love of tattoos, he was not allowed to have one when he was younger. So Donal had to wait for a long time to get his first tattoo which he mentioned later.

Logue traveled back to Ireland where his mother lives. When this Irish Canadian actor is not acting, he plays soccer and regularly plays for the Los Angeles-based amateur team.  Logue is also involved in Cla s s-A Commercial Driving and is licensed to drive tractor-trailers with double or triple trailers, tankers and hazardous materials In addition to this; Logue also has a Hardwood company and a trucking company.

Donal Logue's Net Worth And Salary

Donal Logue's net worth is $3 million at present. He has earned a huge amount of salary from his career.

However, despite the pa s sion of sports and automobiles, Donal is not into any agreements with any brands with any products which are shocking for his fans to know and some of them even deny accepting the fact.

He stands at the height of 5 feet 10inches and has a healthy body. He is highly interactive with his Facebook followers and is constantly responding to them about their questions as well.

Likewise, he is also a popular Twitter celebrity, and he has 66.4 thousand followers on Twitter. Donal's interactive behavior has made him very popular among his fans and co-workers as well. He is one of the highly respected and talented personalities today.

He hasn’t had a girlfriend, was married and divorced only once. There were no rumors about his extramarital affairs despite the only one which was eventually not confirmed. His hot pictures get millions of views, a woman tends to fantasize about him.

He has a lot of tattoos on his body and women just go crazy when they saw his topless pictures. He once mentioned his love and pa s sion for his tattoos. He said being white is the biggest gift of his for making a tattoo and flaunting it. Later, he was obsessed with tattoos and made many of them on various parts of his body.

It was rumored that he was having an affair with a Colombian actress but the rumor was not confirmed. Another interesting rumor was at height when Logue was doubted by many to be gay as he was divorced a long time before and didn't have any affairs to follow. But later the celebrity confirmed the news that he was not gay himself.

Despite quiet and nondisclosure personal life of Donal, he was involved into charity and helped those who shared the same mad pa s sion for automobiles and crazy driving. He also helped homeless kids in playing soccer and once donated kits for homeless children to play football.