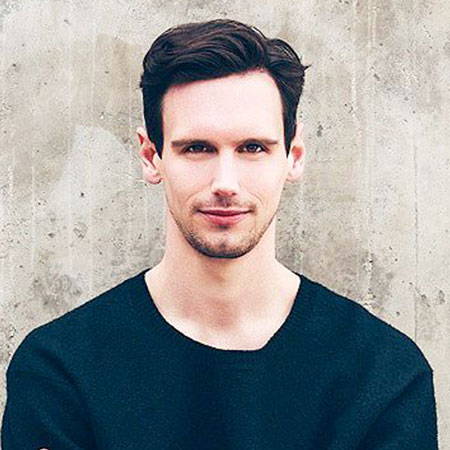 Cory Michael Smith is an American actor, known for portraying as Edward Nygma in an American crime drama television series, Gotham along with Ben McKenzie, Zabryna Guevara, Donal Logue and many others. He also was nominated for the Teen Choice Awards in the category of Choice TV: Villain.

Similarly, Smith appeared in 2013 soap opera, Breakfast at Tiffany’s on Broadway along with famous actress, Emilia Clarke and also rumored to have an affair with Clarke.

Cory Michael Smith was born on 14th November 1986, in Columbus, Ohio, united states. He belongs to white ethnicity and holds an American nationality.

Smith is a son of David Smith and Theresa Smith. He has an older brother, Chad.

Smith did his primary education from the Hilliard Darby High School in 2005. Later, he joined the Otterbein University, from where he began an acting career.

During the period in University, Smith appeared in the various plays which include, Who’s Afraid of Virginia Woolf?, The scene, Tartuffe, etc. Besides that, his major & minor were art musical theatre and jazz piano respectively.

In 2011, Cory Michael Smith moved to New York City and began to work in several theatre production companies. He appeared in The Cockfight Play as John and the Whale Elder Thomas in etc.

Smith finally rose to fame after appearing in the Film Camp X-Ray and series, Gotham. Till the present context, he has appeared in numbers of films including, Camp X-Ray, Dog Food, Wonderstruck and so on.

Cory Michael Smith is currently single. However, he was once reportedly rumored to have hooked up with the British actress, Emilia Clarke. The pair was often seen in numerous events, but no one ever confirmed about their relationships.

Currently, Smith has focused on his career and has not involved in affairs. He might be looking for the perfect partner.

Critics’ Choice and Teen Choice awards Nominee actor; Cory Michael Smith can maintain his earnings through his acting career. As of 2017, his estimated net worth is $2 million.