Robert Maschio is an American actor who was active in the film industry from 1996 to 2015. He is popular for portraying Dr. Todd 'The Todd' Quinlan in the medical comedy-drama TV series Scrubs (2001-2010). Maschio is also recognized for his appearances in As the World Turns, Scrubs: Interns, and Cougar Town. Besides that, he is also the writer of s short-film, Date or Disaster.

Since leaving acting Robert is working as a real estate businessman and works as a broker a s sociate for Bulldog Realtors since January 2020.

Robert Maschio was born on 25 August 1966 in New York City, New York, the United States. He grew up in his hometown with his parents and siblings; three brothers, Michael, Patrick, and John Maschio.

As of early 2021, Robert Maschio is 54 years old. He holds an American nationality and belongs to a mixed ethnic background.

Regarding his education, Maschio is a graduate of Syosset High School and later got his Bachelor's degree in American Politics from Columbia University in 1988. Moreover, he also went to the Neighborhood Playhouse School of Theatre.

Interesting Fact: Robert Maschio was honored by the Allen J. Willen Award for his thesis by a political science or history major.

Was Active In The Industry For Almost 2 Decade

Robert Maschio debuted in the entertainment industry in 1996 through the TV series Spin City. He first appeared in the series as Bingo's Partner and later in 2001, he appeared in the show as Officer Carney.

He appeared in minor roles in TV series like Cuts and Veronica Mars. Eventually, Maschio landed a major role in the TV series As the World Turns alongside Colleen Zenk, Don Hastings, Jon Hensley, Scott Holmes, and many others.

With his flourishing career, he appeared as Todd in the TV series Scrubs. He appeared in a total of 127 episodes with stars like Donald Faison, John C. McGinley, Ken Jenkins, Zach Braff, Sam Lloyd, and other co-stars. 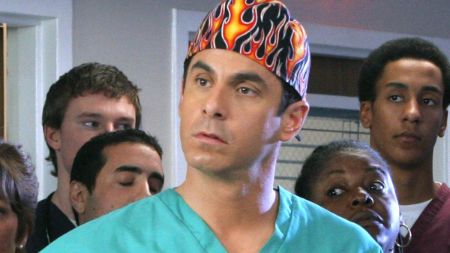 Did You Know: Robert's 'DOC' tattoo on his arm was not real as it was only a stamp used for the show Scrubs.

Some of his other popular appearances are in movies and TV series including A Holiday Heist, The Putt Putt Syndrome, Men at Work, Hollywoo, Lethal Seduction, and Bones. In 2012, he had a cameo role of Dr. Todd Quinlan in an episode of the TV sitcom Cougar Town.

In 2015, Maschio took a hiatus from the film industry.

What Is Robert Maschio Doing Now?

Since 2016, he has been active in a real estate business. He first worked for BCB Premiere Estates, focusing on residential & income properties in the Beach Communities of Santa Monica, Venice, Marina Del Rey & Pacific Palisades.

In June 2017, Robet joined Bulldog Realtors as a relator and then became its broker a s sociate in January 2020.

Since January 2005, Maschio is the President of R.H. Mash Inc. and also works as an app creator (the High Five app).

How Much Is Robert Maschio's Net Worth In 2021?

Maschio was acting in the entertainment industry from 1996 to 2015. In almost 2 decades of his career as an actor, Robert gathered a handsome sum. The primary source of his earnings was his movies and TV shows. Besides that, 6 feet tall actor also earn hundreds of thousands of salary through various commercials, endorsements, advertisements, and sponsorship.

Online sources estimated that Maschio has an estimated net worth of $2.5 million in early 2021. Allegedly, Robert earned a salary of tens of thousand dollars from Scrubs (2001-10) and As the World Turns (2006). Moreover, an experienced real estate broker, Robert possibly earns more than the average payroll of $68,256 per year.

As of 2021, Robert is reported to be single. He has tightly sealed his lips about his private life. It is quite difficult to know if he is married to his wife, dating a girlfriend, or single. Without a doubt, owning millions of dollars, Robert enjoys a luxurious life in Santa Monica, California. 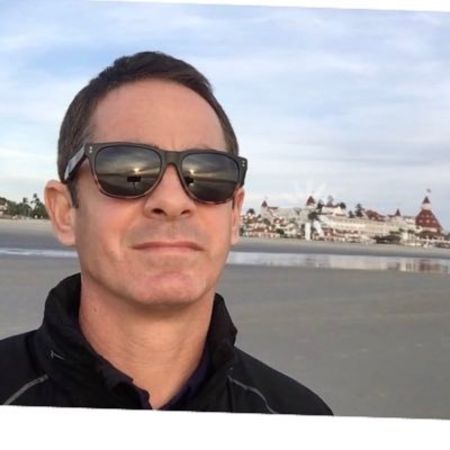 Previously, Maschio dated Amanda Elsa s ser. They were even rumored to be living together for quite a time.

Is Active On Any Social Media?

The Scrubs actor Maschio has 33.4K followers on Instagram with an engagement rate of 3.05%. According to the Influencer Marketing Hub, he earns around $129.75 to $216.25 per sponsor post.