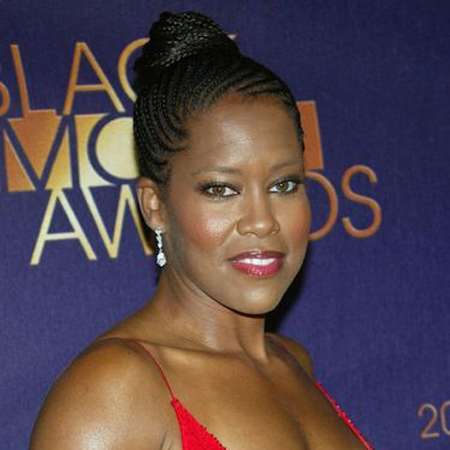 American actress, Regina Rene King is best known for her role as Dana in the film Friday (1995).  Her works in American crime drama Southland earned her two Critics' Choice Award nominations for Best Supporting Actress in a Drama Series in 2012 and 2013.

Regina King was born Regina Rene King on January 15, 1971, in Los Angeles, California of the United States under the birth sign Capricorn. King is American as per nationality and as far as her ethnicity is concerned, she is African-American. Regina is also known by her nickname dictated as Gina. She is mentioned as Gina being a short form of Regina.

Happy Worthday Mama! @marlagibbs4real is truly a national treasure. From her, I learned how to give to another actor even when the camera i'snt on you. From her I learned the importance of hitting your mark. From her I learned how to find my light. She taught me how to be a professional. And I witnessed firsthand why it was so important to do so. Marla Gibbs was truly one of the first women to sell, produce, and star in her own show, 227. And it ran for 5 seasons on NBC. She did this all while running and owning her own resataurant club, Marla's Memory Lane. This supperclub was the destination for all the jazz greats. She also owned and ran Crossroads Performing Arts in South Central.Her school provided a space for hundreds of kids to realize their creative gifts. I was one of them. This single mom from Detroit by way of Chicago has shared her talent and gifts with so many of us. I am so grateful to have been one of the lucky ones who got to sit on your lap and find out that geniuses are not only brilliant, they smell good too!  You blazed a trail that made the little me know it was possible to be the big me. Words could never express the amount of love and appreciation I have for you, Marla! This is what a REAL OG looks like! Everybody please join me in wishing @marlagibbs4real a marvelous birthday!!!

King is the daughter of Gloria King and Thomas King. Her parents raised her with her sister, Reina King in View Park-Windsor Hills. Her sister, Reina is also an actress who began her career in the TV sitcom,  What's Happening Now!.

Moreover, King spent her early childhood in View Park –Windsor Hills and her mother's name is Gloria who was professionally working as an education teacher and her father was an electrician named Thomas King. She was the eldest daughter of Gloria and Thomas.

From the year 1985, Regina King started pursuing her career in the entertainment industry and her role within 227 as Brenda Jenkins was ended during the year 1990. From the very time, Regina was popular with her success and achievement that she gained from it.

King is popularly known for her role Dana Jones in F.Gary Gary stoner buddy comedy film, Friday starring Ice Cube, Chris Tucker, and Nia Long. From 2009 to 2013, she worked as Detective Lydia Adams in crime drama TV series, Southland where she shared the screen with Kevin Alejandro and Arija Bareikis. Her role helped her to get nominated for several awards and won some of them as well.

Furthermore, King also got appeared within Boyz n the Hood which was a John Singleton film along with this Higher Learning after it. She also played within Enemy of the State where her character was being as a wife of Will Smith’s. It was also featured within How Stella Got Her Groove Back and simultaneously her success was in increasing order from the very time.

As of 2018, she worked in a movie, If Beale Street Could Talk and a TV series, Seven Seconds. She is also working on an upcoming TV series, Watchmen in a lead role.

Regina King, the actress has been nominated for several awards and won some of them as well. Here is the list of her won awards:

Some of her nominated awards include Primetime Emmy Awards, Critics' Choice Television Award, Satellite Awards, and Golden Globe Awards among others.

Is Millionaire; Know How She Collected?

Regina King's net worth is $12 million as of 2019 as per Celebrity Net Worth and The Richest. King earns a huge amount of salary from her career. She credits all the list of her success to her hard work and sincerity.

King has worked in several hit movies till the date. Here is the list of her movies that made an impressive collection at the box office:

According to some online sources, a TV star makes an average salary that ranges from $150k to $1 million. With such earning, she is maintaining her lavish lifestyle.

Regarding her personal life, Regina King is a divorcee. Previously, she got engaged to her boyfriend turned husband after the long duration of the affair did not last for a long period of time. As she got married to her boyfriend making as a spouse whose name is Ian Alexander Sr. on 23 April 1997 did not succeed after getting birth of a child and later resulted in divorce during the year 2007.

They share a son, Ian Alexander, Jr. who was born on 19th January 1996. Even after the former husband-wife couple's divorce, they come together for their children.

In an interview, she said,

''Not long after my divorce was finalized, I spotted my ex-husband at one of our son’s basketball games. He’d always been a present father, so it wasn’t unusual for him to come out and show his support.''

Moreover, Regina is also famed by her sister’s name as Reina King and she was highly inspired by the progress of Reina. Regina is additionally the owner of her restaurant that she established within Los Angeles whose name is Paulo.

Besides, during the wedding time of Vivica A. Fox who is also an actress professionally, she was a bridesmaid in the very time.

After four years of divorce, she started dating actor Malcolm-Jamal Warner in 2001 but separated after two years. Since then she is enjoying the single life and doesn't seem to be interested in love life.

Check out the interview with Regina King: