She also worked on the Netflix series, Grace, and Frankie. Revord loves reading and is also an animal lover. Raegan has also a pa s sion for humanity as she is quite active in charity work who is a Junior Amba s sador for Children’s Hospital Los Angeles.

Where Is Raegan Revord From? Age & Height?

Raegan Revord was born on 3rd January 2008 in San Diego, California. Revord is Capricorn which defines her personality to be disciplined. She is American as per nationality and belongs to white ethnicity.

She is the only child of her parents; her mother's name is Holly Revord. When she was 3 & a half years old, her family moved to Los Angeles where Revord would discover her acting interest.

Did you know? Raegan who plays Missy in 'Young Sheldon' is only a half-year older than her on-screen twin brother Sheldon (portrayed by Iain Armitage).

At the tender age of 6, Raegan Revord made her Hollywood debut in 2014 from the ABC’s TV series, Modern Family. Revord shared the screen with Sofia Vergara, Julie Bowen, Ariel Winter, and Ty Burrell among others. In 2017, Revord appeared on CBS’s The Big Bang Theory Spinoff, Young Sheldon with Iain Armitage, Jim Parsons, Zoe Perry, Lance Barber, and Montana Jordan among others. Her acting in the series helped her to gain a lot of fans.

Raegan Revord's Net Worth And Salary

Raegan Revord's net worth is estimated to be thousands of dollars as per some online sources but the exact amount is still under review. Judging by her acting skills and social media fan following, there is no doubt to say the promising actress makes a large amount of money from her various works.

In the year 2017, the teen actress played the role in the movie Wis Upon which became the quite hit at the box office grossing over $23 million worldwide. As a part of such hit movies, the emerging actress received a good payment.

Revord did only some works to date and within a short period, she is gained huge popularity. She has appeared on the TV series such as Young Sheldon and Modern Family. Also, she booked several commercials,  most notably opposite Joel McHale in a recent ad for Enterprise Rent-A-Car. 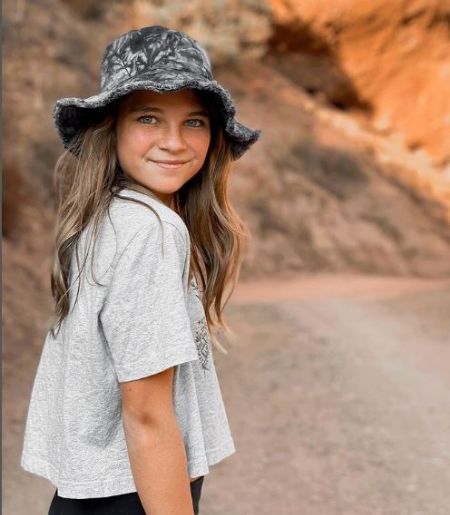 Raegan Revord has worked as a guest star on Netflix’s “Grace and Frankie,” as Bob Odenkirk’s daughter on the Netflix series “With Bob & David,” and as a recurring role on TV Land’s “Teachers.”

The teen actress is also quite popular on social media like Instagram with 150 K followers which is also the major part of her net worth as she can command over $500 a post.

Raegan Revord, the young and talented child actress, is more focused on her career rather than other things.

Raegan Revord has a toy named, Snow-flake which she got at the age of 6. She used to take the toy everywhere she went.

She is very close to the casts of Young Sheldon and feels very comfortable working with them. In an interview on KTLA 5, she pa s sed a statement,

‘’It feels like we are actually a family. We have a second family.’’

Revord is a vegetarian which she revealed during the interview.

Revord is obsessed with reading books, which includes the best-seller Harry Potter by J.K. Rowling.

Raegan Revord is active in the social media but all her accounts are managed by her parents. As of 2022, she has over 379 K followers on her Instagram account. Besides, the child actress is also an avid horse rider. The child actress often shares about her family on her social media.

Here is the video where Revord talks about her experience while working in Young Sheldon: