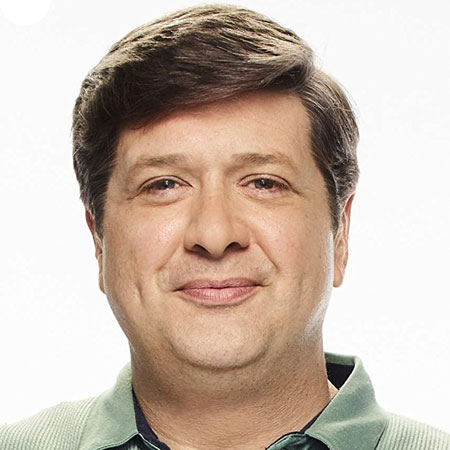 American TV actor, Lance Barber is popularly known for his role Paulie G in the HBO’s TV series, The Comeback. Barber worked in several series, Gilmore Girls, Grey’s Anatomy and Young Sheldon among others. He made his TV debut from The WB's series, On the Spot. Prior to pursuing his career in the big screen, he used to perform in several theater plays.

Barber is a married man. He tied the knot with his chef wife, Aliza with whom he has two children.

Lance Barber was born on 29th June 1973 in Battle Creek, Michigan under the birth sign Cancer. Barber is American as per nationality and ethnicity wise he's White.

Barber wanted to be an actor from the very early age of 7 after seeing the production of Grease at the Bar Theater. He attended Pennfield High School where he acted in several school plays. Later, he earned a degree in performing arts from Kellogg Community College.

Lance Barber moved to Los Angeles in 2000 to pursue a career in acting. In 2003, Barber made his TV debut from The WB’s TV series, On the Spot appearing alongside Charles Esten, Erinn Hayes, Mindy Sterling and Arden Myrin among others.

Barber's big breakthrough came with the role of Paulie G in the TV series, The Comeback. He shared the screen with Robert Michael Morris, Lisa Kudrow, Malin Akerman and Laura Silverman among others. He appeared as George Cooper Sr. in the spin-off episode of The Big Bang Theory and later in Young Sheldon in the same role.

Barber’s other TV series include It’s Always Sunny in Philadelphia, How I Met Your Mother, Gilmore Girls, Californication and Grey’s Anatomy among others. Along with TV series, he also worked in the movies Leatherheads, For Your Consideration and Like Mike.

Lance Barber has an estimated net worth in 6 digit number as per some online sources but the amount is still under review. Some of Barber’s movie that made a good collection at the box office include

As per some online sources, a TV star averagely earns between $150k-$1 million per episode. Barber is also worked in numbers of TV series till the date.

Lance Barber is a married man. Barber is married to Aliza Barber, a Chicago-based chef. The couple shares two children together. The family currently resides in California.

Barber prefers to keep his family life far from the limelight so appeared rarely in public with his family.

Here is the video where Barber talks about his character in Young Sheldon: