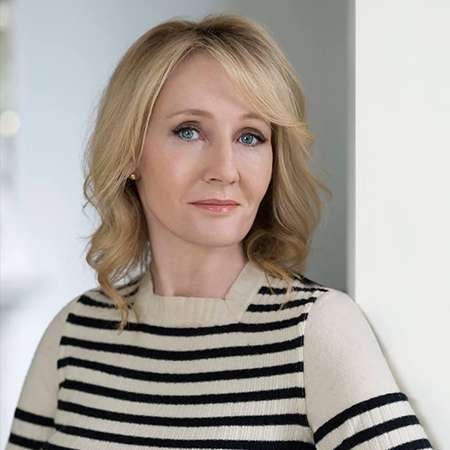 Joanne Rowling also was known by her pen name J.K. Rowling and Robert Galbraith is a British novelist, film, screenwriter, television producer, and philanthropist, well recognized as the writer of the Harry Potter fantasy series.

Rowling has a younger sister named Dianne, born at their home when J.K. was only 23 months old. She joined St Michael's Primary School, as her headmaster at St Michael's, Alfred Dunn is said to be an inspiration for Harry Potter.

When she was a child, Rowling wrote many fantasy stories which she used to read to her sister often. When she was at her age of nine, she moved to Church Cottage in the Gloucestershire village of Tutshill, near to Chepstow, Wales.

In 1992, Rowling took the entrance exams for Oxford University but, she failed, later read for a B.A. in French and Classics at the University of Exeter.

After a year of study in Paris, Rowling passed out from Exeter in the year 1986 and shifted back to London to work as a researcher and bilingual secretary for Amnesty International.

In 1995, Rowling finished her manuscript for Harry Potter and the Philosopher's Stone through an old manual typewriter.

The book was submitted to twelve publishing houses. Unfortunately, all of them rejected the manuscript. After a year later, Rowling was finally given a green light and Ł1,500 as an advance.

The final decision to publish Rowling's book was given to the eight-year-old daughter of Bloomsbury's chairman Alice Newton.

She was given to the first chapter to review by her father and right after she demanded the next one. Though Bloomsbury agreed to publish the book, Cunningham says that he suggested Rowling do a day job, as she had a chance of making some money in children's book.

The fourth book, Harry Potter and the Goblet of Fire were published in US and UK on 8th July 2000, which broke sales record in both the countries.

After the gap of three years between the publishing of Goblet of Fire and the fifth Harry Potter novel, Harry Potter and the Order of Pheonix.

The sixth book, Harry Potter and the Half-Blood Prince, was published on 16 July 2005. This also broke all sales record which sold nine million copies in 24 hours of release.

The Seventh, as well as the final Harry Potter book, was announced on 21 December 2006 as Harry Potter and the Deathly Hallows.

Harry Potter is now a global and brand worth estimated US$15 billion. In October 1998, a movie production Warner Bros purchased the rights to the first two novels for a seven-figure sum.

J.K. Rowling is married, as she has been married two times. Rowling married for the first time with a Portuguese television journalist Jorge Arantes. They got married on 16 October 1992.

The couple has a child together Jessica Isabel Rowling Arantes, later renamed as Jessica Mitford. She was born on 27 July 1993 in Portugal.

Right after a year of marriage, the couple got divorced on 17 November 1993, as the some of the insiders claimed that Rowling suffered domestic abuse during her marriage time.

Later, On 26 December 2001, J.K. Rowling married Neil Murray who is a Scottish doctor. The couple got married at her home, Killechassie House. They also have a son named David Gordon Rowling Murray, born on 24 March 2003.

J.K. Rowling earns an enormous amount of money from her varied career as an author, novelist, television producer which has made her total net worth of Ł600 million.