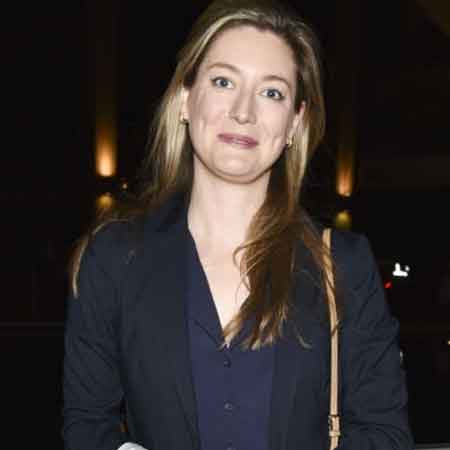 American actress, Zoe Perry is best known for her role, Mary copper in CBS  Young Sheldon which is the spin-off of The Big Bang Theory. Born to actors Laurie Metcalf and Jeff Perry, Zoe entered in the entertainment industry in 1992 and appeared in the number of popular movies and television shows since then.  Her roles in  The Family (2016), Scandal (2017) are popular among audiences.

Zoe Perry was born on September 26, 1984, in the United States to Laurie Metcalf and Jeff Perry. She was just a year old when her parents divorced. Perry has three half-sisters, Will Roth, Mae Roth and Leah Perry. She attended Boston University.

Perry started her acting career in ABC sitcom Roseanne as a child artist, Jackie Harris where her mother, Laurie Metcalf played one of the leads in the series. However, her parents didn't want Perry to involve in acting until she became an adult. She was a shy kid but after performing at Northwestern University, her confidence was boosted.

Soon after graduation, Zoe Perry moved to New York in order to pursue his career in TV and films. After several struggle and auditions, she landed the small role in Law & Order: Criminal Intent but homesickness brought her back to California where she started acting at theaters.

Perry shared the stage with her mother in  The Other Place on Broadway in 2013. She got her major role in 2016 in  ABC thriller The Family where she portrayed the character of Jane, Michael Esper's pregnant girlfriend. After a year, she appeared in  ABC political thriller Scandal, starring alongside her father.

Some of her notable screen credit includes Deception, No Pay, Nudity, My Boys, Private Practice, Grey's Anatomy, Ave 43 and others.

Zoe Perry is one of the great talents of Hollywood who rose to fame after featuring in CBS's sitcom, Young Sheldon. She earned between $300k-$500k from her appearance on the show. The sitcom garnered 17.21 million viewers on its first episode.

Apart from that, she has appeared in the number of TV shows and films which has helped her to acc u mulate an impressive net worth.

Zoe Perry is possibly single at the present. She is confidential when it comes to her private life and does not share much with media. Perry has 29.3k+ followers on Instagram where she shares personal and professional moments with her fans.

Both of her parents are well-known faces in Hollywood but she made her name in the industry by herself. Her mother is proud of that which she often mentions in the interview.

Below we present the video of Zoe Perry,