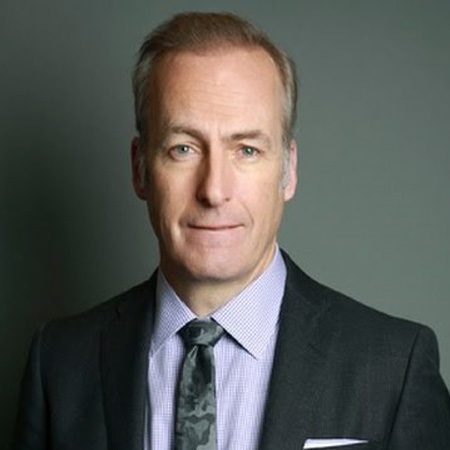 Bob Odenkirk was born on 22nd October 1962 in Berwyn, Illinois, United States of America. He grew up in Naperville. He was born to Walter Odenkirk, who worked in the printing business, and his mother, Barbara Odenkirk. He is white American in ethnicity/race and holds an American nationality.

Odenkirk's parents got divorced because of Walter Odenkirk's addiction to alcohol, which would prevent Bob to use alcohol. Later he said, 'he grew up hating Naperville because it felt like a dead end, like Nowheresville. I couldn't wait to move into a city around people who were doing exciting things.'

Odenkirk joined Naperville North High School, later Marquette University in Milwaukee. Then Bob was sent to Southern Illinois University in Carbondale, Illinois. He started his foray into comedy writing as a radio DJ for WIDB.

Odenkirk served at WIDB and created a late-night radio comedy show called The Prime Time Special. The show was regarded to be hilarious and supplied Bob an outlet for some of his hidden talents.

After studying for three years in college, Bob rolled on to try writing in Chicago. While studying with Del Close, Bob joined 'The Players Workshop of the Second City.' He met Robert Smigel and began a combination that would go on for years and take Bob to Saturday Night Live.

Bob's mentioned his biggest comedic influence was Monty Python's Flying Circus, due to its combination of pure humor and cerebral. His other influences include radio personality SCTV, Steve Dahl, Steve Martins's Let's Get Small, The Credibility Gap, Woody Allen.

Bob Odenkirk worked as a writer at Saturday Night Live in 1987 and served there throughout 1991. Working with Conan O'Brien and Robert Smigel, he made his efforts to many sketches they created.

Odenkirk portrayed in many small roles on the show, mostly seen during award for Bad Idea jeans. At the time of his final year at SNL, Bob worked with David Spade, Adam Sandler, Chris Farley, and Chris Rock, but decided to quit the show to pursue his performing career.

In 1998, when SNL took its summer break, Bob returned to Chicago to portray in a stage show with O'Brien and Smigel, named 'Happy Happy Good Show.' He also did a one-person show, 'Show-Acting Guy.'

In the year 1991, Bob Odenkirk worked as a writer for the TV show 'Get a Life, which featured Late Night with David Letterman alumnus, Chris Elliott. Bob also wrote for The Dennis Miller Show.

His friendship with Ben Stiller, whom he shared an office at SNL, led him to feature on The Ben Stiller Show in 1992. Serving as both actor and writer on the show, Odenkirk made and portrayed in the memorable sketch 'Manson Lassie,' also helped the show achieve an Emmy award for writing.

Bob Odenkirk also worked as a writer for the show, Late Night with Conan O'Brien. In the year 1993, Bob started a recurring character on The Larry Sanders Show as Stevie Grant, Larry Sanders' agent.

The same year, he also had a brief appearance on Roseanne and Tom Arnold's, The Jackie Thomas Show.

In 1995, Bob and David Cross, Mr. Show aired on HBO for a couple of seasons. The series featured many comedians in the early stages of their careers, including Paul F. Tompkins, Sarah Silverman, Jack Black, Mary Lynn Rajskub, Tom Kenny, and Scott Aukerman.

After that,  Mr. Show, Bob played in numerous television shows and some movies too. He has also written and produced many TV pilots, including David's Situation, and The Big Wide World of Carl Laemke.

In 2004, he achieved an unsolicited package including the efforts of Erica Wareheim and Tim Heidecker. Odenkirk helped Eric and Tim with the Development of their second series, Great Job, Tim and Eric Awesome Show.

Breaking Bad and other works

Bob made his appearance in Breaking Bad as a corrupt lawyer, Saul Goodman in 2009. He portrayed as a guest star in three episodes of the second season, later became a series of regular for the seasons after and remained on the series until its final season.

In 2011, he developed, featured and wrote, Let's DO This! for Adult Swim, featuring as Cal Mackenzie-Goldberg a 'two-bit movie mogul and the head of Cal-Gold Pictures.'

Additionally, Bob produced the sketch comedy show 'The Birthday Boys,' which featured the comedy group of the same name. He also made his appearance and directed a numerous of the sketches on the show.

At the end of 2014, Odenkirk portrayed as Dr. Stork who is a podiatrist and specializes in cutting off people's toes in the series titled Tim & Eric's Bedtime Stories.

Better Call Saul and With David and Bob: 2015 to present

In April 2015, it was reported that Bob was collaborating with former co-star, David Cross to produce a new sketch comedy series based on their old production, Mr. Show, now titled as W/Bob and David.

Netflix commissioned the series with the first season which was aired on November 2015, with four episodes, each one 30 mins long.

Bob Odenkirk beginning roles in movies were minimal roles in films like The Cable Guy, Wayne's World 2, Monkeybone, Can't Stop Dancing. In the year 2003, Bob directed the movie, Melvin Goes to Dinner and also portrayed as Keith in the movie.

The movie received positive feedbacks from critics and also won the Audience Award at the SXSW Film Music Festival. Later, the movie was self-released in five different cities.

After achieving a huge success, Bob directed another film, Let's Go to Prison in 2006, which was written by Robert Ben Garant and Thomas Lennon, and featured Dax Shepard, Will Arnett, and Chi McBride.

The movie had a total box office gross of more than $ 4.6 million.

After appearing in Breaking Bad, Bob started to play more prominent characters in successful movies including, The Spectacular Now, The Giant Mechanical Man.

His movie, The Spectacular Now received an award at Sundance Film Festival for Special Jury award for acting. Later, he began to portray in more comedy films like Ass Backward, Dealin' with Idiots, Take Me Home Tonight, and, Hell & Back.

Bob Odenkirk is a married man. He is married to Naomi Yomotov who later became the executive producer of 'With Bob and David.'

The couple got married in 1997, since then Bob and his wife are together, and they have two children together, a son Nathan Odenkirk and a daughter Erin Odenkirk.

Bob Odenkirk earns an enormous amount of money from his successful career as an actor, producer, and director. He has made his appearance in various television series, movies, even directed and produced too.

With all his efforts and achievements, Bob Odenkirk has made his net worth of $ 10 million and living his lavish life with his wife and children.