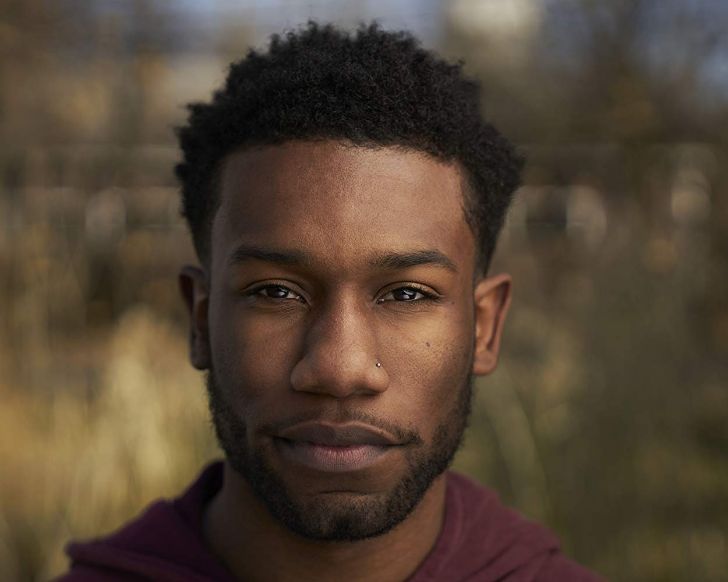 From stage to on-screen, American actor & rapper Phillip Johnson Richardson climbed success through his career spanning more than 5 years. With initial fame through the stage production Hamilton, Richardson saw TV recognition after portraying Benny in the TV series Little Voice (2020). Carrying a burden of family responsibility in his early 20s, Philp's hard work paid him off with financial securities & from homeless to a joyful family.

A native of Charlotte, North Carolina, the United States, Phillip was born around 1994 & currently in his late 20s (27-28 years old) in 2021. An American by nationality, Richardson hails from a black ethnic background. He has good relation with his mother & sisters; though further information on his family is concealed at the moment.

Graduate Of University of Cincinnati

Phillip Johnson Richardson attended Northwest School of the Arts in his hometown, Charlotte, North Carolina, where he appeared in the high school production of The Color Purple in 2012. After that, he the play at Halton Theater before they took it to Lincoln, Nebraska, where ITF honors exceptional academic ensembles.

Later, Richardson enrolled at the University of Cincinnati’s College-Conservatory of Music and graduated from the musical theatre program in 2018 spring.

While at college (University of Cincinnati’s College-Conservatory of Music), then-22 years old Phillip earned the role of Alexander Hamilton in the musical Hamilton at CIBC Theatre (formerly The PrivateBank Theatre) in Illinois, Chicago in 2016. He worked there until January 5, 2020. 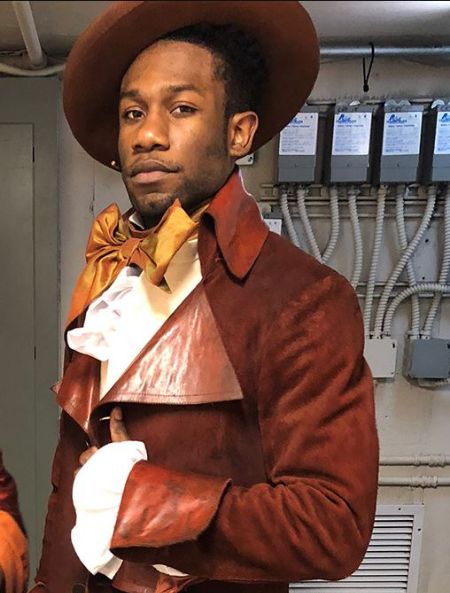 CAPTION: Phillip in the costume for the title role in the Chicago company stage production of Hamilton SOURCE: Dramatics Magazine

After moving to New York, Phillip Johnson Richardson made his TV debut in 2019; appeared as a guest cast in the TV series: The Other Two, Chicago P.D., and Proven Innocent. Moreover, he worked in the 2019 horror-thriller film Haunt starring Katie Stevens, Will Brittain & Lauryn Alisa McClain. 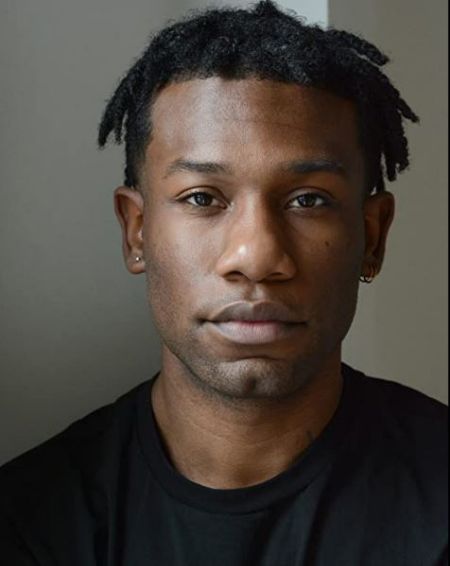 His TV career breakthrough came in 2020 after the actor portrayed one of the main casts, Benny, in the AppleT+ series Little Voice (9 episodes). Other main casts of the series included Brittany O'Grady, Colton Ryan, Kevin Valdez, Sean Teale & Shalini Bathina, while Chuck Cooper & Ned Eisenberg were in recurring roles.

Aside from acting, Phillip manages his time working on music as well. He released his debut single 'Watch Out' and debut EP, Different Cities.

How Much Is Phillip Johnson Richardson's Net Worth?

From stage career success to TV prominence, Phillip's journey has grabbed him wide acclaim for his hard work along with fortune. As of 2021, Phillip has an estimated net worth of $200,000. Allegedly, he summed up a salary of tens of thousand dollars-an-episode from Little Voice, while his stage career payroll is much more than an average stage actor's pay of $28,800 a year.

Reportedly, by the end of his sophomore year, Richardson saw emotional as well as financial difficulties as his family had no home of their own. His mother & sister were living at aunt’s garage & then briefly at grandmother's house.

After Phillip landed in the musical Hamilton, the course of his life changed drastically & now owns a house. Hard work sure pays off!

While the struggle of his life prior to fame & success journey is an open book to all, Phillip seems to have granted limited access to his love life. No reports of his married life or wife ever came up. Currently, he is not dating officially or has records of any girlfriend in the past. Probably, he is busy focusing on his career that granted him a sound life after such hassle during days of struggle.

His Instagram (@philsgoodmusic) has over 5K followers in 2021, where he only shared his professional updates to fans. At the moment, it's safe to assume Phillip is single.