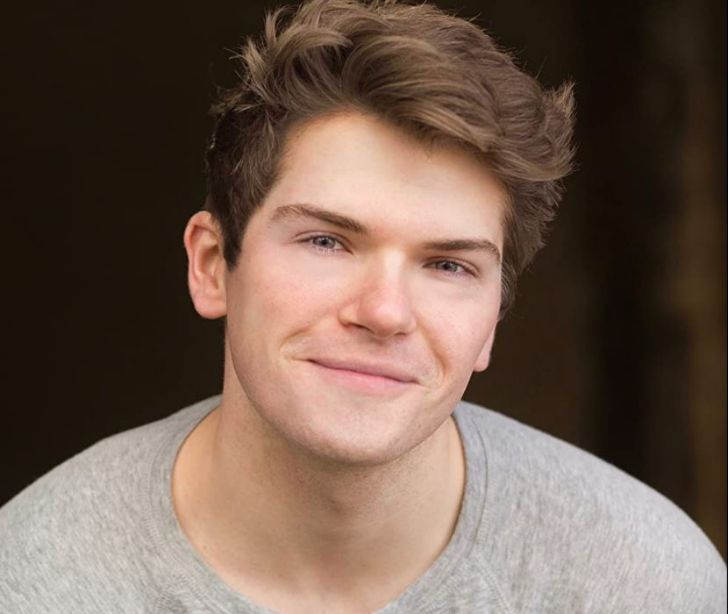 Colton Ryan, an American actor with early works in stages, saw on-screen prominence in the late 2010s & is famous for portraying Samuel in the TV series Little Voice (2020). By the age of 19, Ryan worked in theater productions before his TV debut in 2017 as a guest cast in Law & Order: Special Victims Unit and since records, 8 acting credits.

What Is Colton Ryan's Age and Height?

Ryan was born on June 10, 1995, in Lexington, Kentucky, the United States. He is the oldest of 2 children; has a sister named Kaitlyn Ryan but has not opened up much about his parents. He often features his sister & mother on his social media posts. An American by nationality, Colton is of white ethnicity.

Career In Stage Before On-Screen

From his early age, Colton, the attendant of School for the Creative and Performing Arts, was fond of acting & even more, performed at school productions. Later, he enrolled at Baldwin Wallace University and graduated with a BM degree in Musical Theater.

At 19 years old, in 2014, Colton Ryan made his professional stage debut through Carrie at Beck Center for the Performing Arts Mackey Main Stage, in Lakewood, Ohio; and  A Chorus Line at Kleist Center For Art & Drama in Berea, Ohio.

Moreover, he worked in off-broadways Dogfight, The Secret Garden, My Fair Lady, The White Card, Alice By Heart, and West Side Story. In 2019, Ryan won Theater World Award as Outstanding Debut Performance as Gene Laine in the Broadway production of Girl from the North Country.

Then-22 years sold Ryan Colton made his TV debut in 2017 through an episode of Law & Order: Special Victims Unit, which followed recurring appearances in Homeland (2018) & The Americans (2018). In 2019, Colton worked in the films: played Brad in Adam starring Nicholas Alexander, Bobbi Salvör Menuez & Margaret Qualley; and as Dan Summers in The Social Ones 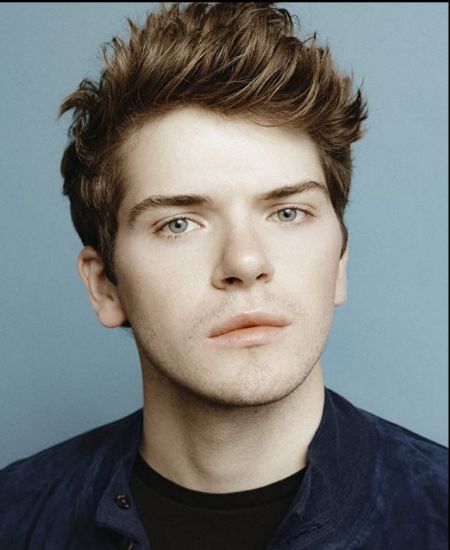 As of 2021, American stage & TV actor Colton Ryan has an estimated net worth of $100,000. Along with stage productions, notably in Dear Evan Hansen, Alice By Heart, West Side Story & Girl from the North Country, Ryan collected a decent sum of money (allegedly tens of thousand dollars-an-episode) through TV works in Little Voice.

Is Colton Ryan Dating Or Married?

The Dear Evan Hansen actor is currently in a relationship with his longtime girlfriend Adrian Grace Bumpas. They are dating since May 2014, as per Ryan's Instagram, where he posted about 6 years anniversary in May 2020. Though, further detail of Colton's courtship is yet to be out.

They are not married yet or have announced the engagement. 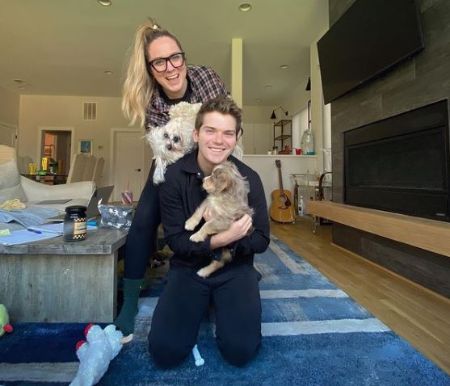 They live together in Kentucky and share 2 dogs: Rumble (a Shih-Poo) and Taz (an Aussie doodle), whom they consider their children.