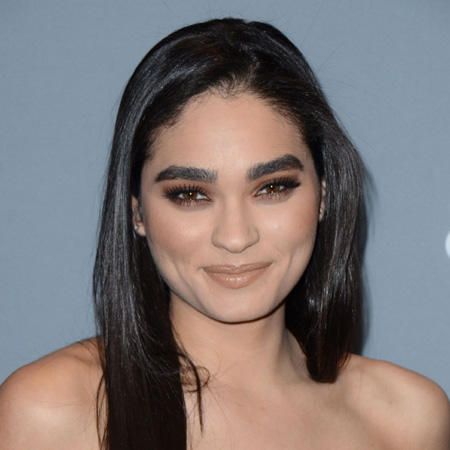 Brittany O'Grady is an American actress who rose to fame through her roles as Nadia on The Messengers & Simone on Star. She has also performed numerous songs on Star, including I Can Be, I Bring Me, and Break Yo Chest.

Brittany O'Grady was born on 2nd June 1996 in Arlington, Virginia. She belongs to Caucasian race/ethnicity and holds an American nationality. She has a brother, Mike.

O'Grady went to Pepperdine University on Theater Scholarship when O'Grady got a call for an audition from the Star. During the time, she was making her appearance in the school production of South Pacific.

When she got that part to play, O'Grady withdrew from the classes to make the Star pilot. She also has appeared in national ad campaigns and the public service announcements.

Brittany O'Grady began her career at a very early age of 4, worked as the face for the National Food Program and has appeared as the spokesperson for the Internet campaign with various Industrial projects like ads and campaign as well.

O'Grady also acted on stage in the Washington area, in productions, Signature Theatre, Ford's Theatre, Synetic Theater and the Little Theater of Alexandria. She is a graduate of Encore Stage & Studio.

O'Grady is also a star of the first season of a crime thriller, Above Suspicion along with Emilia Clarke, Johnny Knoxville, and Jack Huston.

Her performance was based on a true story about a married FBI agent who works in a Kentucky town. And the movie was directed by Phillip Noyce.

O'Grady also guest-starred on the ABC-TV's, Trophy Wife and the Investigation Discovery's Tabloid in 2014. She has also been cast with several of the Washington area theaters which include Historic Ford's Theater, The Little Theater of Alexandria, Encore Stage, The Tony Award-winning Signature Theater, and Studio and critically acclaimed movement-based Synetic Theater.

Brittany O'Grady is dating her boyfriend since her high schools days. She uploads lots of pictures with her boyfriend in social sites including, Instagram.

This guy did it. I am beyond proud of you, Ben. Words can’t even describe. I can’t wait for you to share your light with the rest of the world.

However, she is quite secretive when it comes to revealing any details regarding the identity of her boyfriend. There are no rumors about her marriage and engaged.

Brittany O'Grady has earned a decent amount of net worth from her incredible career as an actress. Currently, her net worth is around $700 thousand.