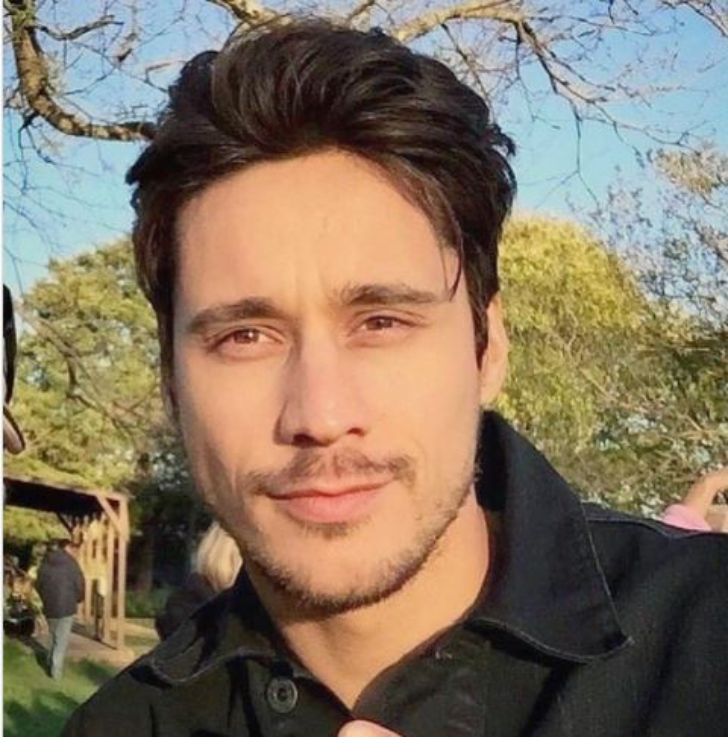 Today's era is not the era of measuring the proficiency of actors by the number of movies they have played and the hits they have given. Now the actors can earn huge stardom and can win the hearts of the audience with only a couple of significant roles and English actor Peter Gadiot is among those examples.

Gadiot turned professional in 2010 and gained huge popularity as Cyrus in Once Upon a Time in Wonderland (2013-14). A graduate of drama school, Peter started off with stage productions and now stands with on-screen proficiency; recently worked in Queen of the South (2016-21).

What Is Peter Gadiot's Age and Height?

Born on 2 January 1986, in London, England, UK, Peter is a British actor. His birth sign is Capricorn. Gadio is the youngest of three children to a Dutch father and a Mexican mother. He has an older brother and an older sister. As of June 2021, Peter Gadiot is 35 years old and has a height of 5 feet 10 inches (180 cm).

Active as an athlete during his childhood, the Supergirl actor had sought interest in acting at the age of 17 and auditioned for school drama. Later, he enrolled at Drama Centre London and honed his skills.

Acting Career- Breakthrough From 'Once Upon a Time in Wonderland'

Following a number of stage productions, while at drama school, Peter Gadiot started his on-screen career in 2010 & guest-starred in My Spy Family as Troy Falconi. The same year, he appeared as Stephen Moore in the film Night Wolf starring Gemma Atkinson and Josh Bowman.

In 2013, the British actor worked in a bunch of TV series: The Forbidden Girl, Fresh Meat, and Hot Mess before breakthrough as Cyrus in Once Upon a Time in Wonderland (2013-14, 13 episodes) co-starring  Sophie Lowe and Michael Socha.

Then, Peter portrayed a recurring role Caesar in Matador (2014) alongside Avan Jogia, Ben Kingsley, Nonso Anozie, and then was cast in Tut (2015, TV mini-series). The following year, he played the lead role Petruchio in Shakespeare's The Taming of the Shrew at the Washington DC-based Harman Center for the Arts.

CAPTION: Gadiot and his co-star Boaz Jimenez from Queen of The South SOURCE: [email protected]

With a minor role in Supergirl (2017), Peter appeared the main cast James Valdez in the crime-drama series Queen of the South (2016-21). The series starring Alice Braga, Hemky Madera, Alfonso Herrera, and others, won him a 2017 Imagen Award for Best Supporting Actor.

As per IMDB, he is set to appear as Dave Hastings in the film Another Girl (post-production).

Peter Gadiot's Net Worth And Earnings

Gadiot, the London-born actor who started his career in the 2010s earns a decent amount of money from his career as he played in a number of movies and the top TV series to date. As of 2021, Peter Gadiot has an estimated net worth of $1.5 million.

Although his actual salary never came out in public, he allegedly earned tens of thousands of dollars an episode through Once Upon a Time in Wonderland and Queen of The South.

Does Peter Gadiot Have A Wife? Relationship Details!

Currently, in his mid-30s, Peter Gadiot is yet to talk openly about his relationship. Indeed, he interacts with fans on his daily life updates via Instagram, but never posted about his love life. Despite his fame and popularity, the actor has kept everything under the wraps.

Although his fans have got a chance to see him getting married and sharing a pa s sionate relationship with him several times on-screen, the scenario is quite the opposite in the real life.

CAPTION: Actor Peter Gadiot doesn't have a wife or is dating anyone publicly SOURCE: [email protected]

As of now, Gadiot is not married or has any report of a dating story/girlfriend. Moreover, he does not have any records of past relationships or any proven romantic links. Without any hints on his relationship & his quietness has certainly compelled the public to believe that he might be single.

However, the possibilities exist until verified! Isn't it so?

Apart from being an actor, Peter is also a philanthropist and is actively involved in campaigns against human trafficking and slavery. He also went across the Atlantic Ocean from the Caribbean to Africa with a crew in about 39 days. Furthermore, he also managed the time for working as a guest speaker at public schools from his busy schedule.

He is interested in traveling outdoor. He can speak fluent Spanish. Peter Gadiot likes bikes more than cars and usually shares bikes' photos via Instagram and once stated that 2 wheels are better than 4.