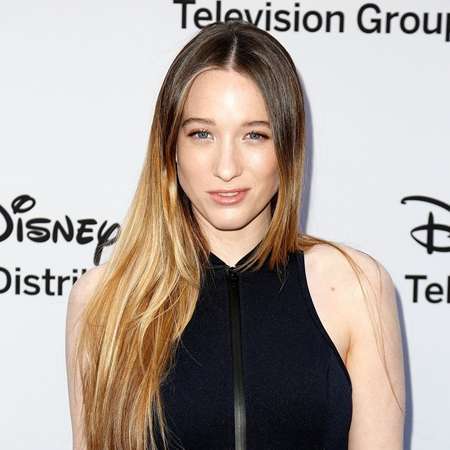 English born, Australian actress, Sophie Lowe is also a singer and songwriter and is known best for starring on movies like Beautiful Kate, after the Dark, Adore, and Road Kill and also on several television series. She was born on 5th of June, 1990.

Born on Sheffield, Yorkshire, Sophie moved into Australia at the age of 10 with her family. She started her career as a model and signed into Chadwick Models but favored acting and pursued her career there. The shirt film Kindle, was her first role after which she played the role of Hayley, as a lead role in the movie Mirage. The film was screened at the Montreal world Film Festival; she studied from The McDonald College in 2008 by coordinating both her studies and her acting career in several advertisements.

The movie Beautiful Kate, gave Lowe her first substantial role. The movie, released on 2009 earned her an AFI Award nomination for Best Lead Actress. The thriller Blame, released on 2010, starred her as Natalie. The Cannes Film Festival gave the movie good reviews and the movie also attained accolades from the Chicago International Film Festival, Buenos Film Festival and the Toronto Film Festival. A Man Walks into a Bar, a short film, was co-directed, co-written and co-starred by Lowe. The Sydney’s Tropfest short film festival saw the film as a finalist. She also starred in the movie, After the Dark on 2013. The TV series Once Upon a Time in Wonderland, portrayed Sophie as Alice. The series ended after a season and Lowe was cast into the role of Lena on 2014 on the television series The Returned. The television series, based on Anna Karenina of Leo Tolstoy, named The Beautiful Lie, starred Lowe too. She played Kitty Ballantyne.

This versatile beauty is also a singer and a songwriter and as performed previously under the alias SOLO. The online music retailer Bandcamp released a five song EP under the name on December 2013.  After dropping the alias, she now performs under her own name. She has gone on to say that she focuses both on singing and acting as she is interested on both and she considers acting to be her life.

This actress, who has been involved in acting since a very small age, was previously told to be dating with Peter Gadiot whom she met on Once Upon a Time in Wonderland. However, it is also a known fact that she has been in a long term relationship, since 2010, with musician John-Henry Pajak.

Sophie has acc u mulated a net worth of 5 million dollars at the mere age of 25 and by the looks of her rising career, she surely will increase her net worth in the upcoming time. Information about her can be searched by fans on many biography sites like wiki and she is also active on several social networking sites as well.