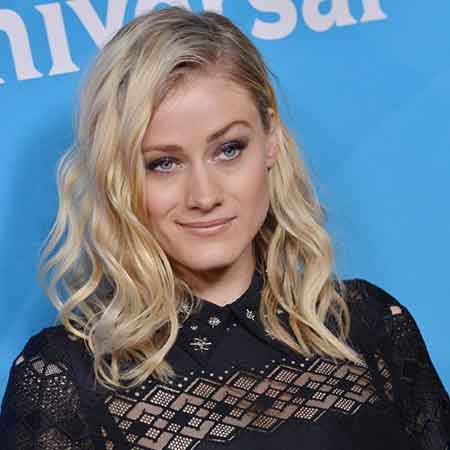 Olivia Dudley is an American actress who is known for her key role of Alice Quinn in the Television series The Magicians. Dudley made her debut in the year 2007 and has mostly appeared in the horror movies like Chernobyl Diaries, The Vatican Tapes, and Paranormal Activity: The Ghost Dimension.

Olivia Dudley was born to her parents Saundra Dudley and Jim Dudley in Morro Bay, California on November 4, 1985. Her birth name is Olivia Taylor Dudley.

Dudley is American by nationality and is of white ethnicity. Her zodiac sign is Scorpio and people of this zodiac are passionate and assertive people.

In 2002, Olivia graduated from Morro Bay High School. Then, she moved to Hollywood at the age of 17 to pursue her acting career and studied comedy at Los Angeles' Upright Citizens Brigade Theatre.

Initially, Olivia Dudley appeared in commercials for Adidas and Dickies. Then in 2007, she got her first movie role in The Anna Nicole Smith Story.

Her fabulous acting later earned her role in the movie Chillerama in 2011; that year, she also appeared in the TV series in NCIS followed by her role as Elizabeth Clark in CSI: Maimi where she worked till 2012.

In 2012, Olivia received an international fame following her appearance in the movie Chernobyl Diaries (2012). Besides, she is also known for her work in horror movies like The Vatican Tapes (2014) and Paranormal Activity: The Ghost Dimension (2015).

Dudley got her major breakthrough after she joined  Syfy's drama fantasy series The Magicians in August 2015 as  Alice Quinn.

As of November 2018, Olivia Dudley's net worth is estimated to be around $1 million while her properties details are undercover.

From her appearance in The Magicians alongside Jason Ralph, Stella Maeve, and Hale Appleman, she earns a hefty sum of salary, though the exact figure is not out yet. Her alleged annual salary is around $500,000 per year.

Olivia Dudley, a  founding member of the online sketch-comedy group 5 Second Films is reportedly dating cinematographer Elie Smolkin. Sources reported, they met while working in the TV series The Magicians and started dating in 2017.

Before Smolkin, she was in a 5-year relationship with the filmmaker, Evan Glodell. They separated between 2015 and 2016.

Taking about her online presence, Olivia Dudley has over 125K followers on Instagram and 37.7 followers on Twitter as November 2018.