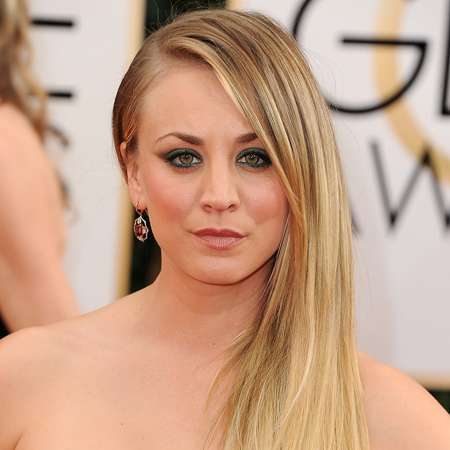 Kaley Cuoco is an actress widely known for the portrayal of roles like Penny on The Big Bang Theory, Billie Jenkins on charmed and Bridget on 8 Simple Rules. She has also appeared in several film productions and has been nominated for several awards owing to their roles on film and television. She was born on 30th November 1985 in Camarillo, California to father Gary Carmine Cuoco and mother Layne Ann.

Cuoco is of English, Italian, and German ancestry and she played amateur tennis as a child since the age of 3. To focus on her acting endeavors, she stopped playing at the age of 16 in 2002. Cuoco has acted on movies like Quicksand: No Escape, Virtuosity, Picture Perfect, Toothless, Alley Cats Strike, Growing Up Brady, Can’t Be Heaven, Debating Robert Lee, Crimes of Fashion, The Hollow, Lucky 13, To Be Fat Like Me, Cougar Club, Killer Movie, The Penthouse, Hop, The Last Ride, Authors Anonymous, The Wedding Ringer, Burning Bodhi and Alvin and the Chipmunks: The Road Chip.

Kaley has appeared on television in the role of Angela Chase on My So-Called Life, as Miranda on Northern Exposure, as Ellen on Ellen, Ashley on Don’t Forget Your Toothbrush, Bonnie on Ladies Man, Lynn on 7th Heaven, Alyssa on First Monday, Vanessa on The Ellen Show, Kristin on The Nightmare Room, Bridget on 8 Simple Rules, Carly on The Help, Erin on complete Savages etc. she has also appeared in Punk’d, Brandy and Mr. Whiskers, Bratz, charmed, Loonatic Unleashed, Secrets of a Small Town, Prison Break and most prominently as Penny on The Big Bang Theory.

Kaley Cuoco's Net Worth And Earnings

Kaley Cuoco has a net worth of $55 million, as per celebrity net worth, in 2019. The actress earns 1 million dollars per episode as her salary.

Kaley Cuoco was dating Thad Luckinbill in 2002 and was also in a relationship with Kevin Zegers from 2003 to 2004.  Jaron Lowenstein was Kaley’s boyfriend at around 2005. The couple was together only up to 2006. Al Santos dated Kaley around 2007 after which she started dating co-star of The Big Bang Theory Johnny Galecki. The couple dated secretly, during the time of the show when they were dating on-screen as well. They separated after two years of the affair from 2008 to 2010.

C.M. French was her boyfriend in 2011. They broke up on 2012 after Kaley started dating Josh Resnik in 2011.  She in the following year went on to involve in a relationship with Bret Bollinger next in 2012. The relationship lasted only until 2013 and she dated Henry Cavill next. Tennis player Ryan Sweeting and Kaley Cuoco started affair at around 2013. After two months of dating, the couple got engaged on September 20, 2013. She has a fake marriage with him on the Ellen Degeneres Show on November the same year. They actually got married on December 31, 2013. The couple, nonetheless, divorced on May 6, 2016. She was once in a relationship with Arrow star Paul Blackthorne.

Cuoco after a series of the failed relationship eventually got married Karl Cook on June 30, 2018. The couple started dating in late 2016 and they became engaged November 30, 2017, Cuoco's 32nd birthday.