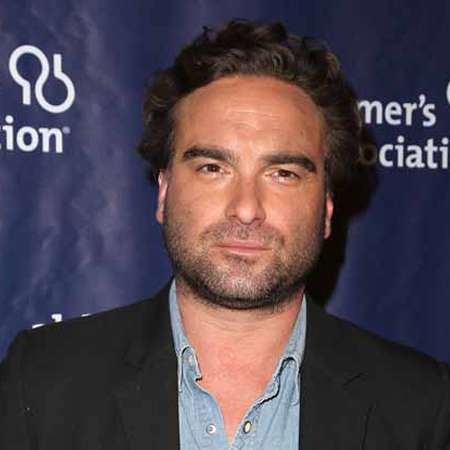 John "Johnny" Mark Galecki is an American actor. He is best known for his role as Dr. Leonard Hofstadter in the CBS sitcom ‘The Big Bang Theory’ as well as David Healy in the ABC sitcom ‘Roseanne’ from 1992–97. Galecki also appeared in several movies as well.

Johnny Galecki was born on April 30, 1975, in Bree, Belgium. Galecki is the eldest of the three children of Richard Galecki, a member of the U.S. Air Force stationed in Belgium, and Mary Lou Noon, a mortgage consultant. Both his parents are Americans and are of Polish, Irish and Italian descent.

Galecki is the eldest of three children with a brother, Nick, whom he describes as a "mechanical genius" in the automotive industry, and a sister, Allison. he grew up in Oak Park, Illinois.

As a child, he was well known for making up long stories and tales. In such situations, his mother used to make him play the "quiet game", where he had to see how long he could go without talking. He also recalled that despite being a loving mother, she was also very tough.

Johnny Galecki got his first major role in 1987 in the CBS miniseries Murder Ordained. He then got small roles in ‘A Night in the Life of Jimmy Reardon’ and ‘Prancer’, until in 1989, when he got the role of Russell “Rusty” Griswold in ‘National Lampoon's Christmas Vacation’.

In 1990, Galecki got recurring roles in ‘American Dreamer’ and in 1992, he appeared in 13 episodes of ‘Billy’. The same year, he also got one of the major roles in his career as David Healy in ABC sitcom Roseanne. He appeared on the show in 92 episodes and won one Young Artist Award for his work in the series.

Johnny Galecki continued his career and appeared in numerous films and made minor appearances in various television series. He was cast in the 1997 summer slasher ‘I Know What You Did Last Summer’ and the 1998 dark comedy ‘The Opposite of Sex’ as well as several other movies such as Suicide Kings, Bean, A Family Torn Apart, Bookies, Bounce, etc.

He also appeared in several episodes of ‘The Norm Show’, ‘Hope & Faith’ and ‘My Boys’. In late 2006 and early 2007, Galecki also appeared in the Broadway play ‘The Little Dog Laughed’ as a prostitute called Alex.

In 2007, Johnny Galecki again got a major role in the CBS sitcom ‘The Big Bang Theory’, as Leonard Hofstadter. Originally, he was meant to play the role of Sheldon Cooper, but he believed he was better suited in stepping in Leonard’s shoes.

Galecki is also a professional cellist, and the show has used the talent in the portrayal of the character as well. The show is a major hit and has earned Galecki both fame and money. As of 2013, Galecki earned $325,000 per episode.

Even though Johnny Galecki is currently in The Big Bang Theory, he has also appeared in several movies and television series since 2007, some of which are Hancock, In Time, Family Guy and Entourage.

Johnny Galecki's Net Worth And Salary

Johnny Galecki's net worth is $50 million at present. He has earned a huge amount of salary from his career as an actor. He earned a salary of $1 million per episode from his work on the Big Bang Theory.

In 2014, Deadline reported that the star had renegotiated his contracts to raise his salary to a whopping $1 million per episode.

He owns 360 acres of land in Santa Margarita, California. His property includes vineyards and a log cabin. His ranch was destroyed in a major wildfire known as the Hill Fire.

Galecki, in a media statement, said wildfire was "the threat ... we live with constantly, which may seem crazy to some but we do so because living in our beautiful, rural area makes it worthwhile."

Johnny Galecki has dated co-star Kaley Cuoco for about two years until December 2009 while working on The Big Bang Theory. The two also played a couple on the show. The two remained on good terms despite the end of their relationship.

Galecki dated Sara Gilbert in the 1990s while their characters were a couple on Roseanne. In 2012, he dated actress Kelli Garner and got separated in 2014. He is unmarried at present. He has not disclosed having any past relationships.

The actor as of now currently dating Alaina Meyer since September 2018. The couple announced that the two are expecting their first child, a boy on May 3, 2019.