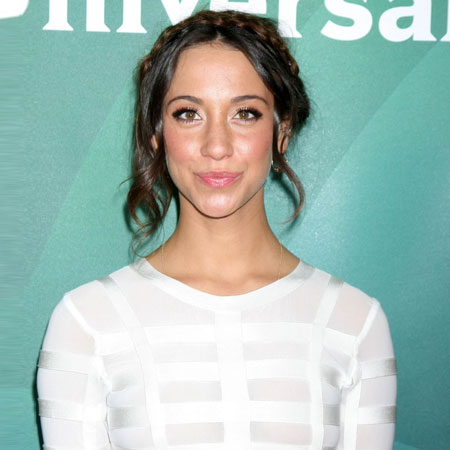 Stella Maeve Johnston, age 27, is an American film and television actress. She is known best for her performance in the television series The Magicians as Julia Wicker.

Stella Maeve was born on November 14, 1989, in New York to an aspiring theater actress mother and a musician father. She went to school in New York.

Maeve is an American by nationality and doesn't belong to any particular ethnicity group other than White.

Stella Maeve's began her acting career in 2005 in the short film Liminality. The same year, she starred in a feature comedy-drama film titled Transamerica as Taylor. Also in 2005, Maeve appeared in many television series including 'Law & Order.'

Stella Maeve has worked with some famous actors including Kristen Stewart, Dakota Fanning, Theo James, Jason Ralph, Olivia Taylor Dudley and many others.

Some of Maeve's accredited works are The Runaways, Starlet, and Flipped; Take the 10, Grey’s Anatomy, Chicago P.D., The Magicians and many others.

Stella Maeve isn't married yet. She was rumored to be dating Kid Cudi, American rapper, and actor, in 2013. Maeve has also been linked with her The Magicians co-actor Arjun Gupta and The 100 star Devon Bostick.

In an interview with Maxim, she stated that she can’t do romance and she would love when a man approaches her and shows his interest in her.