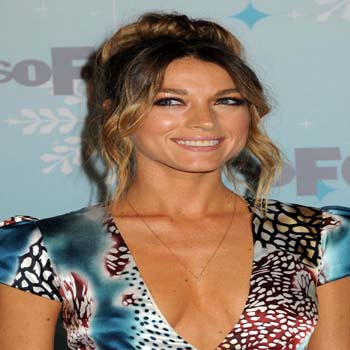 American actress, Natalie Zea is known for her performances on television. She started her acting career in the theater making her first major role on the NBC daytime soap opera Passions. Her breakout role was as socialite Karen Darling on the ABC primetime soap opera Dirty Sexy Money. She is also mostly known for her breakout roles in White Famous, Too Late, as well as InSight.

Natalie Zea was born on March 17, 1975, in Harris County, Texas, USA. She aspired to be an actress at an early age and began performing in school productions at Monahans High School.

Zea had to put a stop to her acting dreams, however, when a drunk driver hit her as she walked home from a party. The accident left the then-17-year-old with a broken nose, pelvis, and leg.

She attended her high school in Monahans, graduating in 1993. She graduated from The American Musical and Dramatic Academy in New York City in 1995.

Zea had a few small film roles before joining the cast of NBC daytime soap opera Passions in 2000 as Gwen Hotchkiss, succeeding Liza Huber, who left the role. When Zea left the show in 2002, she was replaced by Huber.

She guest-starred in several primetime shows, including CSI: Crime Scene Investigation in 2001. In 2004, she had a recurring role on the FX police drama The Shield playing a love interest of Michael Chiklis' Vic Mackey.

In 2005, Zea won her first regular role in primetime, on the short-lived ABC drama series Eyes. Her next major role was on the ABC primetime soap opera Dirty Sexy Money, playing spoiled socialite Karen Darling. The soap aired from 2007 to 2009 and was canceled after two seasons.

In 2009, Zea had a recurring role during the first season of the HBO comedy series Hung. Zea guest-starred on episodes of Two and a Half Men, Without a Trace, Medium, Franklin & Bash, Person of Interest, and Californication. In the film, Zea had a small role in the 2010 comedy The Other Guys.

In 2010, Zea began starring as series regular during the first three seasons of the FX drama Justified, changing to a recurring role from Season 4.

In 2013, Zea starred in the major role of Dr. Claire Matthews, the estranged wife of a serial killer in The Following. The same year, she had a recurring role as Maxine Seagrave, a drug and gambling kingpin, on the CBS summer series Under the Dome. Later that year, Zea was cast in her first lead role of the Amazon comedy pilot The Rebels.

The actress has been playing the role in the TV series The Detour since 2016. In 2017, she was a cast in the series White Famous along with Jay Pharoah.

Natalie Zea has collected a large amount of money from her various works and as per some sources, her net worth is estimated to be $6 million at present. She has earned a good sum of salary from her successful acting career. In the year 2010, she was a cast in the action comedy The Other Guys which was turned out to be commercially successful as it grossed over $170.4 million on a $100 million movie. In the movie, she shared the screen along with Mark Wahlberg, Eva Mendes, Michael Keaton, and Steve Coogan.

Zea played a number of iconic roles in both movies and TV series; Too, Grey Lady, Sweet Talk, Burden of Evil, Method, White Famous, The Detour, Members Only, The Following, Justified, Californication, and Dirty Sexy Money. The actress has been a working actress for almost two and half decades starring in dramas; Passions, Dirty Sexy Money, and Justified.

Natalie Zea is a married woman. She tied the knots with her boyfriend husband Travis Schuldt, her former co-star in Passions.  Her husband Schuldt originated the role of Ethan Winthrop on Passions. He also had a recurring role of Keith Dudemeister on Scrubs, Rick/Subway on Community and among others.

Zea and Schuldt announced of their engagement in June 2013. The couple dated for 10 years before their engagement. They tied their knot on July 16, 2014, in Hawaii. They made an announcement that they were expecting their first child in June 2015.

Zea gave birth to a daughter named Reygan Zea Schuldt in October 2015. She currently resides in Hawaii with her husband and daughter. There have been not any conflict between the duo, thus, it's safe to assume that two are living a blissful married life together.

In an interview with Team Coco, Zea is talking about her role in the TBS sitcom The Detour.