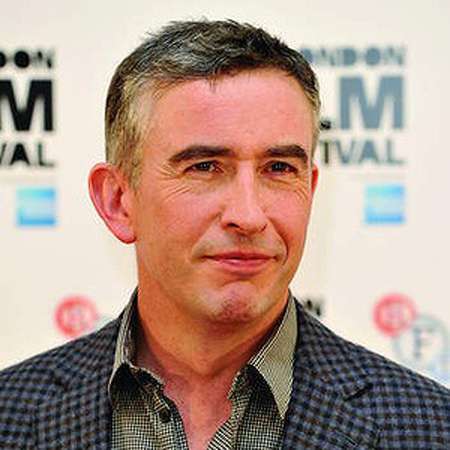 Steve Coogan was born as Stephen John "Steve" Coogan on 4 October 1965. He was born in Middleton, England and he was raised in Lancashire. He was born as fourth son of mother Kathleen who was a housewife, and his father Anthony Coogan, an IBM engineer. He belongs to Irish descent. According to his ethnicity he is white. Steve’s nationality is English. He has two brothers namely Brendan Coogan and Martin Coogan and a sister Clare Coogan.

Steve Coogan joined Cardinal Langley Roman Catholic High School. He had a very interest in drama from his early childhood, but his that dream was only fulfilled when he got to Manchester Metropolitan School of Theatre.

In the early stage of his career, he used to perform regularly in Ipswich as comic and impressionist. He made his debut in television from British satirical puppet show Spitting Image in 1988. In 1993, he appeared in other television shows like The Smell of Reeves and Mortimer, Harry and Saturday Zoo. Steve had also been featured in many other television shows like The Private Life of Samuel Pepys (2003), I Am Not An Animal (2004), Monkey Trousers (2005), Curb Your Enthusiasm (2007), Mid Morning Matters with Alan Partridge (2011), The Simpsons (2012) and Happyish (2015).

Steve Coogan is very good-looking guys and he has been in relationship with many girls in the past. His current relational status is single and he has also attended divorce in the past.

He had an affair with Nancy Sorrell, they started dating in 1996. In 2002, he was married to his girlfriend Caroline Hickman before marriage they had a relation for years. He got separated with his spouse in 2005 after a marriage relationship of about three years. After his divorce he was linked with Courtney Love.

Steve Coogan was also romantically linked with his China Chow and Elle Basey. Talking about his children he has only child a daughter named Clare Coogan. According to his political view he supports Labour Party.

His net worth is about 12 million dollars and his salary is about ‎3,572,838 dollars per movie. His bio is updated in IMDb.