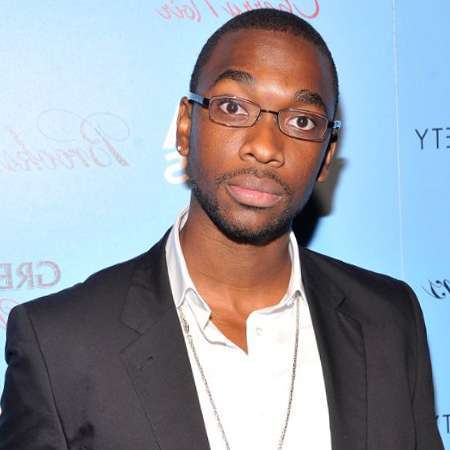 Jared Antonio Farrow famous by his stage name Jay Pharoah is a stand-up comedian, actor, rapper, impressionist and voice actor. He is Best known for his cast in Saturday Night Live. He was born on October 14, 1987 in Chesapeake, Virginia. His nationality is American and ethnicity is Black. He was born premature and the fact is that he had a twin, who died when he was born. He have one sibling, Shaina Farrow, she is Pharoah's manager. He was interested in acting and impersonation at a very young age. His father once put him in a talent show at the age of 6, where he won the fifth place.

He was born premature and the fact is that he had a twin, who died when he was born. He have one sibling, Shaina Farrow, she is Pharoah's manager. He was interested in acting and impersonation at a very young age. His father once put him in a talent show at the age of 6, where he won the fifth place. EDUCATION He graduated high school from Indiana River High School in the year 2005 and later joined business studies in Tidewater Community College. During his time in Indiana River High School, he used to impersonate his teachers. Pharoah took an early interest in acting. As a child, he developed a number of impersonations, later moving on to stand-up comedy.

He said that his first impersonation was of Iago, a character from the Disney film Aladdin originally voiced by comedian Gilbert Gottfried. He initially performed in comedy in clubs and theaters around Virginia when he was just a teenager. He also went touring with Corey Holcomb and Chris Murphy, the brother of Eddie Murphy. Pharoah sharpen his celebrity impressions, including Will Smith, Eddie Murphy and Jay-Z through those times. In 2010, he was hired by SNL for the 36th season as the feature player. By now of September 2014, he is the second youngest African-American male cast member after Eddie Murphy; Murphy was just 19 when he got hired in 1980.

He debuted on Saturday Night Live on September 25, 2010 and was remarked by TV Guide, Rob Moynihan as the Breakout player for that particular season. He flawlessly impersonates celebrities like Jay-Z, Lil Wayne, Denzel Washington and many more. Further in his career written in his bio, Pharoah not only appear in the TV shows, he began taking roles in films. In June 2012, he appeared in the independent film Lola Versus. In 2014, he had a small role in the film 'Ride Along' as a buddy cop, starring Ice Cube and Kevin Hart. Pharoah also appeared in 'Balls Out' starring his mate of SNL cast member Beck Bennett and Kate McKinnon. He also appeared in 'Old Navy' a commercial, with other SNL cast member Nasim Pedrad and Cecily Strong. His age is 28 years old as of 2016.

Pharoah's partner is not known. However, it is rumored that this young, cool, talented and friendly actor is having an affair with someone in the industry but the rumor cannot be confirmed till date. It is not known who he is dating at present neither it is known who he dated in the past years. It seems that he like keeping his personal life, personal. Anyway, one would like to watch his “What does my girl say” a famous parody video on YouTube if you want to talk about your girlfriend or boyfriend, who is unreasonable, malicious, a control freak, rude or aggressive. It seems that he is sexually straight, as no sign of him is reported. Actor and comedian Pharoah had attended the annual Charity Day hosted by Cantor Fitzgerald and BGC. He also attends the 'Red Nose Day Charity Event' at Hammerstein Ballroom on May 21, 2015.

The source could not tell how much he donated however he performed without credit. Pharoah is 6 feet 1 inch (1.85 m) tall in height and weight around 83 kilograms. This hard working and talented comedian have a good fat salary and his net worth is estimated to be 1.5 million dollar. One can follow Jay Pharoah on social media like Twitter, Facebook and so on. You can also find him on Wikipedia.